While many of us can't explore the great outdoors ourselves at the moment, we have a fantastic opportunity to immerse ourselves in the thrilling adventures of the world's top mountaineers. If you don't know where to start, check out the list below to discover eight of the most gripping mountaineering books to keep you occupied during these strange times.

Beyond Possible: One Soldier, Fourteen Peaks - My Life In The Death Zone 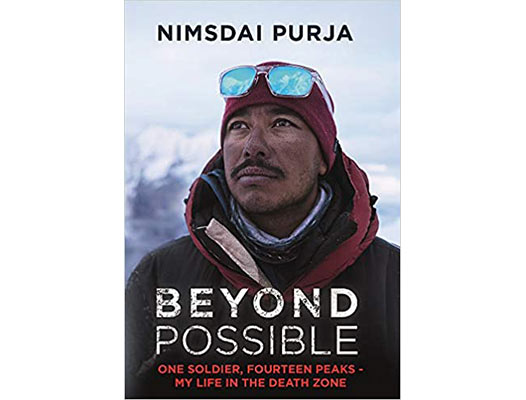 Nims Purja is a former Gurkha and UK Special Boat Service soldier. During his 16-year military career, he developed an interest in mountaineering, which quickly became his passion. In 2019, Nims decided to pursue his dream of climbing all 14 8000ers in under seven months when the previous world record was eight years. His book is an inspirational tale of how a positive approach, determination, and planning can lead to reaching a seemingly impossible goal. 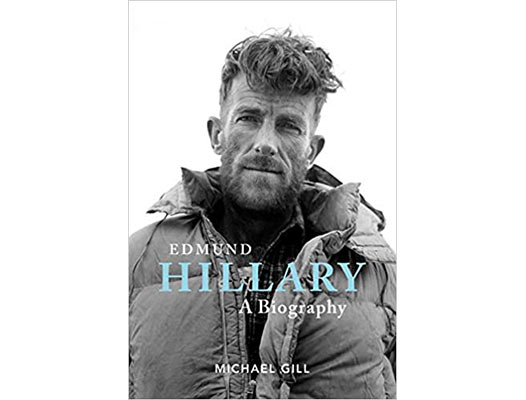 Immerse yourself in the life of a New Zealand beekeeper and mountaineer Edmund Hillary who famously completed the first confirmed summit of Mount Everest along with Tenzing Norgay in 1953. Michael Gill, the author and a close friend of Hillary's, provides a detailed look into the explorer's extraordinary life from serving in the New Zealand air force to helping build schools and hospitals for the Sherpas in Nepal.

The Girl Who Climbed Everest: Lessons learned facing up to the world's toughest mountains 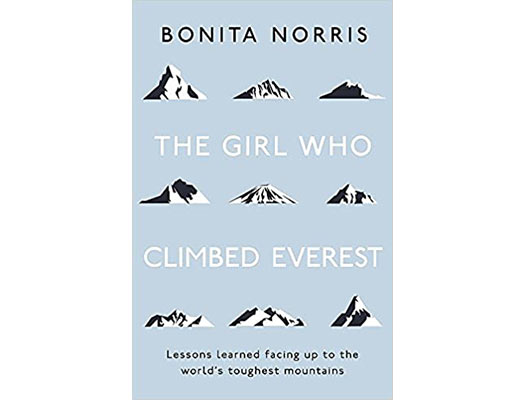 Bonita Norris was the youngest British woman to reach the summit of Mount Everest in 2010 at the age of 22, and she became the third British woman to successfully climb Mount Lhotse in 2012. The book is an inspiring account of a young woman's journey from a novice mountaineer to reaching the highest peak on Earth in just two years. Norris explores all the life lessons and skills she has learned while facing the toughest and most dangerous environments on our planet. 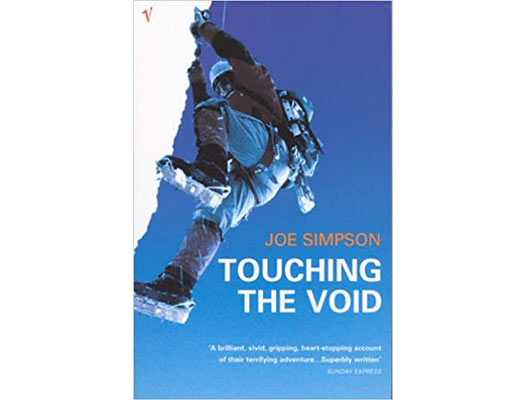 Touching The Void is a recollection of the nearly fatal events that occurred in 1985, when two British mountaineers, the author Joe Simpson and his climbing partner Simon Yates, climbed the Peruvian mountain Siula Grande. The book covers what lead to the disastrous incident and how the pair dealt with the psychological trauma it caused.

Icefall: The True Story of a Teenager on a Mission to the Top of the World 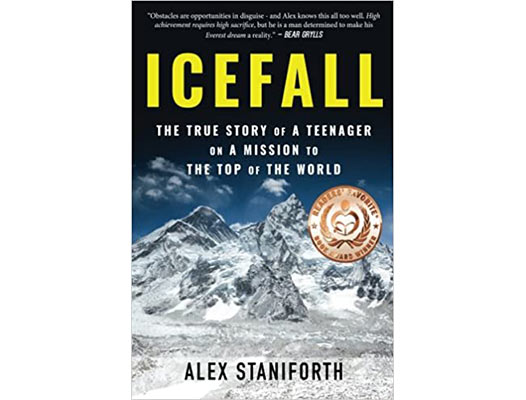 A remarkable true story of a teenager's determination to overcome adversity and climb Mount Everest. Our ambassador endurance adventurer Alex Staniforth from Cheshire recalls his inspiring journey of facing unprecedented dangers and dealing with tragedy as he attempts to make his dream a reality.

Edge of the Map: The Mountain Life of Christine Boskoff 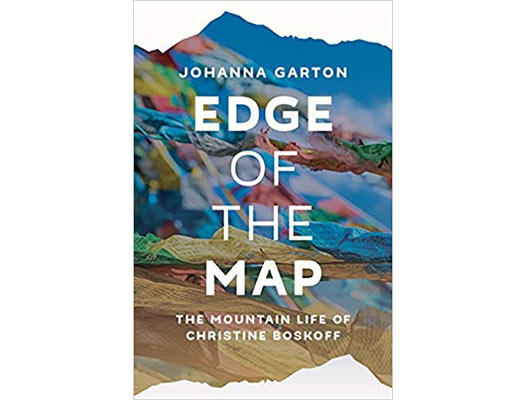 This book provides an inspiring account of the life of American mountaineer Christine Boskoff. During her lifetime Boskoff was a rarity in the field of mountaineering as a female mountain-guide who led multiple all-male expeditions. Sadly her story came to a tragic end in 2006, when she died in an avalanche during an expedition with her climbing partner Charlie Fowler.

Into Thin Air: A Personal Account of the Everest Disaster 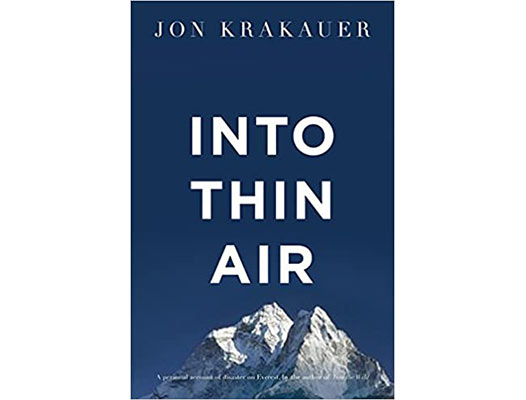 Into Thin Air describes one of the most infamous incidents that took place on Mount Everest, the haunting disaster of spring 1996 that left eight people dead. The author, journalist and experienced climber, Jon Krakauer participated in the expedition himself and narrates the events as they unfolded from his perspective. The 2015 film Everest is heavily based on Krakauer's book.

'A harrowing tale of the perils of high-altitude climbing, a story of bad luck and worse judgment and of heartbreaking heroism' - People

The living legend Sir Chris Bonington, a British mountaineer, explores the triumphs and tragedies of his life that occurred on and off the mountain. Ascent is Sir Bonington's most personal autobiography yet, discussing his achievements in mountaineering as well as the mental obstacles he has faced.