How To Build Your First Trad Rack

Climbing in the UK offers a broad church of techniques and ethics developed over a century and a half of climbing across a culturally and geologically diverse country. In the early days, the only type of climbing that was available and pursued was what we now describe as traditional (or trad) climbing, where the leader places removable protection to safeguard his passage up a rock face.

Since the eighties, climbing has taken off in many different directions with various sub-sports being created. Rock climbing nowadays seems to have four separate strands; bouldering, sport climbing, indoor climbing and trad climbing.

Due to the UK’s long history of traditional climbing it is no surprise that the majority of climbing across Britain is still traditionally protected, which means that if you want to enjoy the best climbing the UK has to offer you need to buy yourself a broad range of equipment to keep yourself safe (unless you’re very brave!).

Calum Muskett (Professional Climber) talks you through how to build your first rack, some of the equipment he carries and what it’s used for. 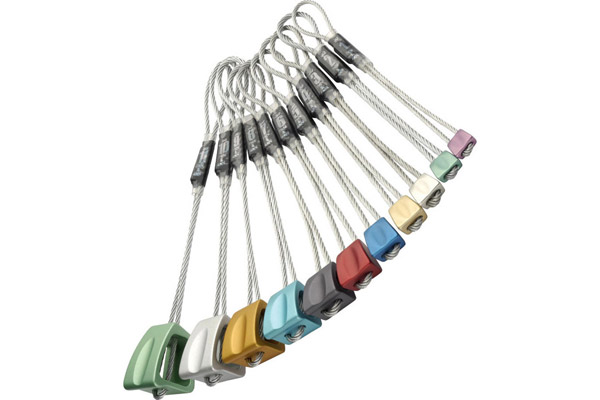 Different names for the same thing. Wired nuts are a progression from the techniques that our climbing forefathers developed to keep themselves safe when climbing. They started off by carrying pebbles and small rocks in their pockets that they would wedge into cracks and thread some hemp rope around to secure themselves to the rockface. This progressed to threading metal nuts until finally some climbing specific metal wedges were designed and fitted to a semi-rigid wire.

Created by Sheffield blacksmith, John Brailsford, the M.O.A.C. was one of the first ever purpose designed nuts for rock climbing,(the first being the Acorn). Chockstones and machined nuts were the norm up to the point when MOAC's first appeared in 1962. The first batch were cast in Manchester and finished by Peter Gentil. At the time a guy called Ellis Brigham owned a chain of outdoor shops in the UK which had an import section called Mountain Activities and the first two letters of each word were used to create the name of this new nut - the MOAC - as Brigham had backed the first production. Hundreds of thousands of them have been sold and fifty years later (2012) climbers are still using them.

The main brands with wired nuts on the market nowadays are DMM, Black Diamond and Wild Country, each of which have a slightly different take on the original design.

I like to carry a set of 1-11 sized wires along with doubles in sizes from 1-6. Some people like to have their doubles in a different manufacturers design meaning they have a slightly wider choice of gear placements depending on the size and shape of the cracks. I like to keep these wires in size order on three oval shaped ‘biners’ for ease of handling. 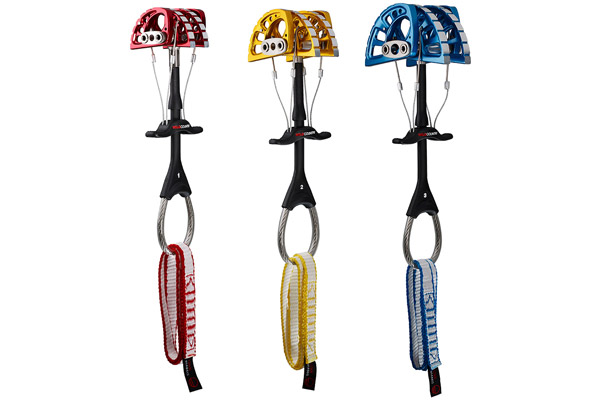 The first spring loaded camming devices were invented by Ray Jardine after the technical innovations of Greg Lowe in the early 1970s. These were designed to protect the parallel sided cracks that were so prevalent in the sandstone and granite climbing areas of the US. Nowadays the most popular camming units tend to be the double-axle camming units such as Black Diamonds Camalots and DMM Dragon Cams due to them having a wider range for each individual unit.

For micro cams Black Diamond, Metolius and Totem seem to be leading the pack. I carry between a single and double set of cams depending on where I’m climbing, due to the high prices it can be a good idea to partner up with buying cams buying odd and even sizes!

Slings are very versatile pieces of equipment that can be used as protection for threading or looping over rock spikes to equalising parts of a belay. I tend to carry several 120cm slings and one 16ft sling (don’t ask me why I swing between metric and imperial!). I’m a big fan of Edelrid’s aramid slings for belays as the knots are easy to untie. 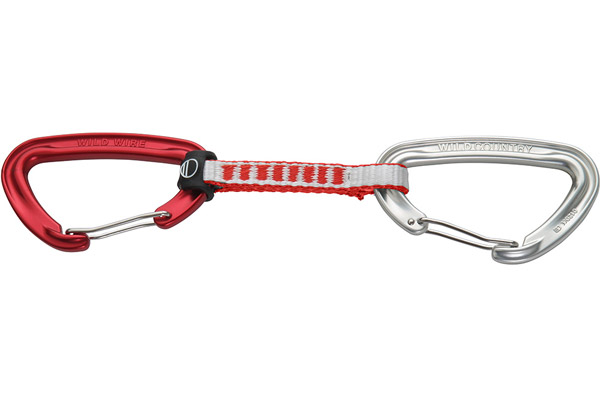 For trad climbing wire gates make life much lighter. I have a selection of sizes of quickdraw from small to large. If you’re climbing with half ropes then you can often get away with shorter quickdraws. I also have several 60cm slings that I loop together but can extend to make extended draws if I place some gear off to the side or beneath a roof to prevent rope drag. 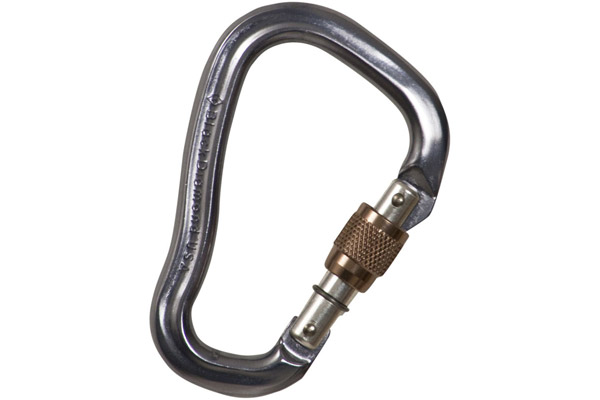 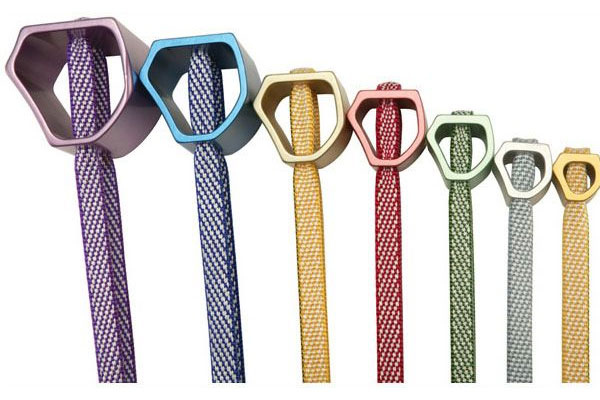 Hexes are essentially large wired or slinged nuts that have started to fall out of fashion with the advent of the versatile larger cams that are on the market today. Hexes are still popular as well as useful on lower grade climbs that tend to offer larger cracks though. 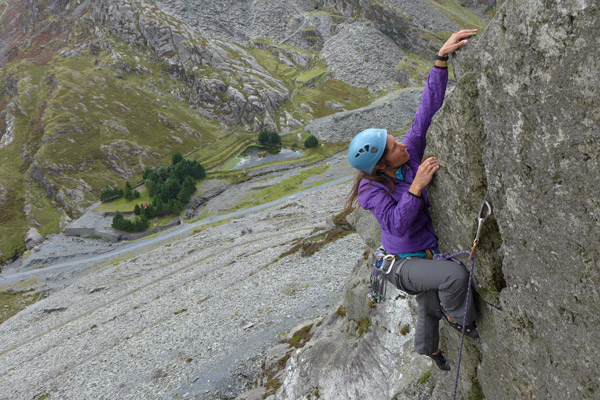 Calum puts one of his students through their paces on his learn to lead course.

When buying your first rack it’s often worth thinking about what the most essential items are for where you’re likely to climb and it’s also worth teaming up with a friend in a similar position to spread the financial load. A single set of wires, a spread of four or so cams, twelve quickdraws and a few slings and screw-gates can take you a very long way.

When considering how to rack your gear I tend to keep quickdraws towards the back of my harness so that I can clip my wired nuts and cams in size order on the belay loops I can see. All the little idiosyncrasies and efficiencies come with time and experience though and you’ll soon find a system that works well for you.