Staycation; the act of taking a holiday at home or in your home country, exploring the areas accessible to you within a few hours by foot, bike, train, car or bus.

The UK has played host to a wide array of films and T.V series in recent years with an abundance of national parks, dramatic coastline and historic buildings attracting interest from all over the world.

Now it's rather unusual to base a holiday solely around a film location but it does make for a great day out if you're staying in the area for a longer period and is a good way to get children interested in the outdoors.

Please note not all locations and attractions may be accessible at the moment with current COVID-19 restrictions. Please check @gov.uk, @gov.scot, @gov.wales or @nidirect.gov before travel.

The famous viaduct features at the start of ‘Harry Potter And The Chamber Of Secrets’ with Harry and Ron following a railway track in the Flying Ford Anglia as they attempt to get to Hogwarts for the start of the term. The boys narrowly avoid being crushed by the Hogwarts express, flying through the viaduct arches and up over the tunnel.

Even from this relatively short scene in the film, you can start to build an impression of the amazing scenery that surrounds Glenfinnan including Loch Shiel and Sgùrr Ghiubhsachain.
Within the hamlet, you can visit the Glenfinnan monument, a tribute to those who died fighting in the 1745 Jacobite rising, and climb to the top of it for a view out over the loch.

Another popular attraction is Glenfinnan Railway Station which features in the third Harry Potter film and is the starting point of a gentle 20 -minute trek which leads you up to a viewpoint overlooking the viaduct. Half an hour’s drive from Glenfinnanis is the coast at Lochailort and roughly the same distance in the other direction you’ll find Fort William and Ben Nevis – all great locations for walks.

Lyme Park’s stately home and gardens played host to Jane Austin’s 1995 T.V series Pride and Prejudice. You can go to the very spot where Mr Darcy strips off for a swim or stand where Jane first sets eyes on the house. The ‘Pemberley Trail’ takes you on a two-mile walk around the grounds taking in some of the most famous sites from the series.

The estate is maintained by the National Trust who have set up a guided tour of the house or you can walk across the well-maintained gardens and moorlands and look out over the Cheshire plains. On your visit, you’re bound to see the large herd of red deer which have been on the site since the medieval era as well as plenty of other wildlife.

After your visit to Lyme Park, the Peak District is only a short drive away where there are plenty of trails to hike and quaint villages to potter around.

James Bond and M are being hunted by a crazed ex-MI6 agent and take shelter at Bond’s childhood home (Skyfall) in the depths of wild Scotland (Glencoe/ Glen Etive). Bond’s drive to his family home, up the A82, showcases the picturesque peaks of Buachaille Etive Mor and Buachaille Etive Beag along with the beautiful isolation of the surroundings.

Spoiler alert, as Daniel Craig’s home gets blown up by a helicopter, in true bond style, there is no actual ‘Skyfall house’ to visit but you can follow a scenic road along to its location in Glen Etive.

Glencoe and the surrounding area is the perfect place for hiking (bagging a few Munros as you go) trail running, kayaking, wild camping and so much more.

A visit to Lochaber Geopark will guide you through mountains, lochs, rivers, sandy beaches etc. learning how the landscape was shaped to what it is today as well as giving you the chance to see golden eagles, red deer, otters and seals.

The small coastal village of West Bay in Dorset is the main location for this moody murder series. From the village, you can head down to the Harbour and walk along the beach where ‘the body’ was found. Keep your eyes open as you pass the spectacular cliffside; it is full of fossils from the Jurassic period.

The village is home to several of the more familiar sites from the series such as the police station, newsagents, pier, cafe and DS Ellie Miller's Safe Home Apartment.

Just outside of the village there is Allington Hill; a mixture of woodland, grassland and open space; it’s an easy trail up to the top of the hill and there are views across Bridgeport. Another must-visit is the Dorset Area of Outstanding Natural Beauty which houses Iron Age hill forts, stone circles, Bronze age round barrows and much more.

This 80’s fantasy movie features a training montage which culminates in Sean Connery sword fighting with his prodigy, Christopher Lambert, on the Cioch Buttress, Sron Na Ciche. The Cuillin Mountains (36 peaks stretching along 12 km of ridgeline) and their sheer drops provide the perfect accompaniment to this high octane scene.

This mountain range is one of the toughest in the UK which makes them a great test for experienced climbers and keen Munro baggers. If you're looking for something a little more sedate you can head to the Fairy Pools at the nearby River Brittle before heading to the coast at Glen Brittle for a beachside sunset and some wild camping.

Based around the true story of Gay and Lesbian activists raising money for the striking miners of 1984, the LGSM (Lesbians & Gays Support the Miners) group are invited to the Onllwyn as a thankyou for the money they donated.

Onllwyn village still has the hallmarks of a mining town including old pit wheels and railway lines used for transporting the coal. You can walk through the village and see some familiar sights from the film (Welfare Hall) before heading into the Brecon Beacons for a Hike. Wait till nighttime and you’ve got a great chance of seeing some constellations in the ‘dark sky’ protected area.

After the apparent death of Batman, Robin (Joseph Gordon-Levitt) unearths Batman’s secret bat cave, hidden behind Henrhyd falls. You too can discover the waterfall (South Wales’ tallest at 88 feet) at the end of an easy woodland trail and venture behind the waterfall to discover the Bat Cave. Unfortunately, you’ll be greeted by rare mosses, liverworts and lichen rather than utility belts and Bat Cars but it’s still worth the trip.

The falls are only a stone's throw from Onllwyn (the set location for ‘Pride’) if you fancy another visit to the film location or you can take a quick drive to 13th-century Morlais Castle ruins. Not much of the castle remains although the old moat, defence walls and a hillside room (featuring an ornate ceiling) make it a great place for kids to explore. From its raised position, the castle also presents you with great views of the surroundings.

Across the seven series, Game Of Thrones filmed several major scenes in Northern Ireland. The stunning scenery, ancient castles and dramatic coastline make for the perfect backdrop to the enthralling storylines.

One of the most famous locations is Castle Ward, better known as Winterfell. Located in Count Down this National Trust site featured heavily in season one.

Here, you can explore the 16th-century ruins and walk through the grounds till you reach the ‘The Twins’ where the infamous Red Wedding took place. And for any die-hard GOT fans you can go on an official tour, dressing up in period costumes, cycling to various film locations and take part in live archery experience.

Another place you should visit is the ‘Haunted Forest’ (Tollymore Forest Park). This is where the Stark family discovers the dead dire wolf in season one and where the ‘White Walkers’ marched into the realm of men. It’s a beautiful forest park that is a great place to go for an extended walk and is full of interesting bridges, caves and exotic trees. 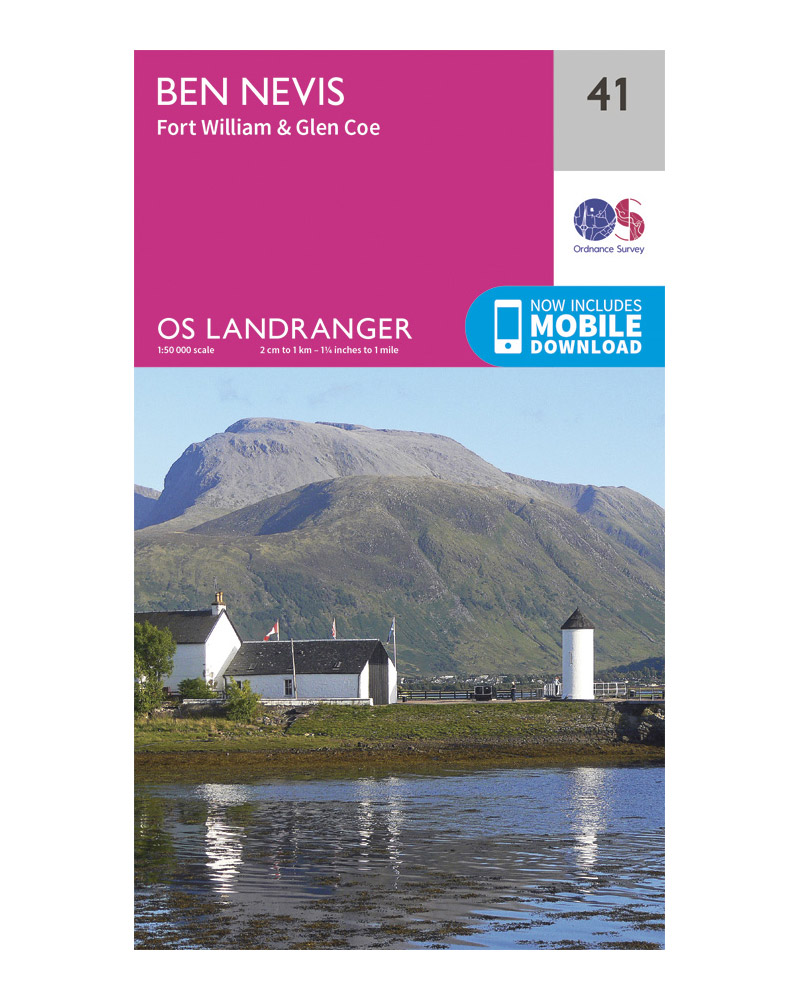 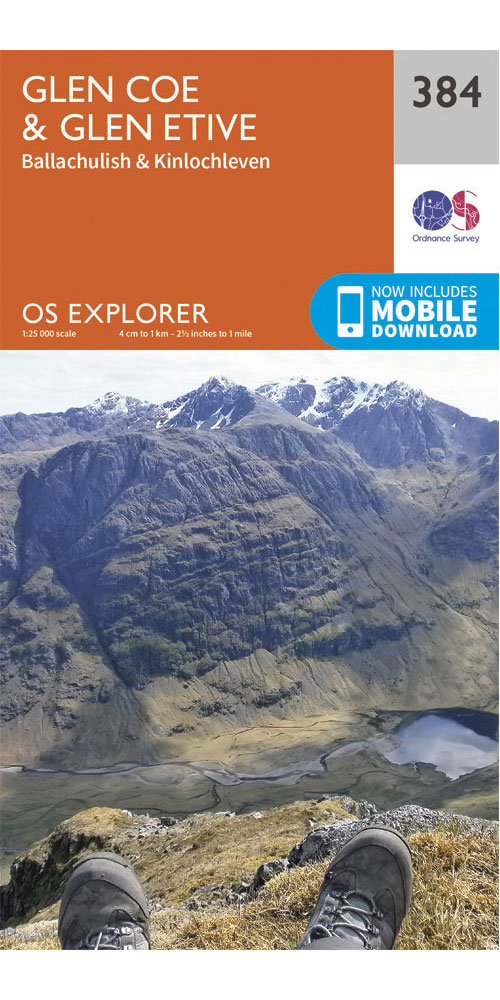 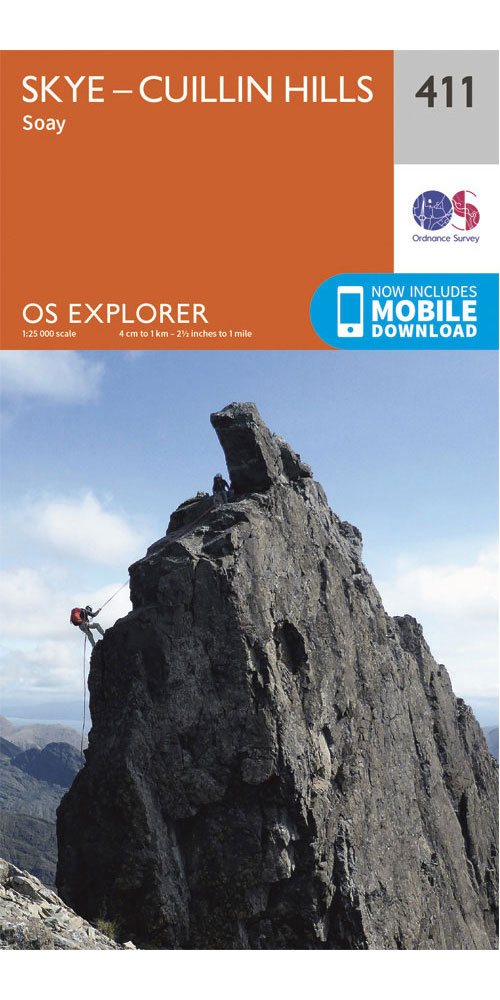 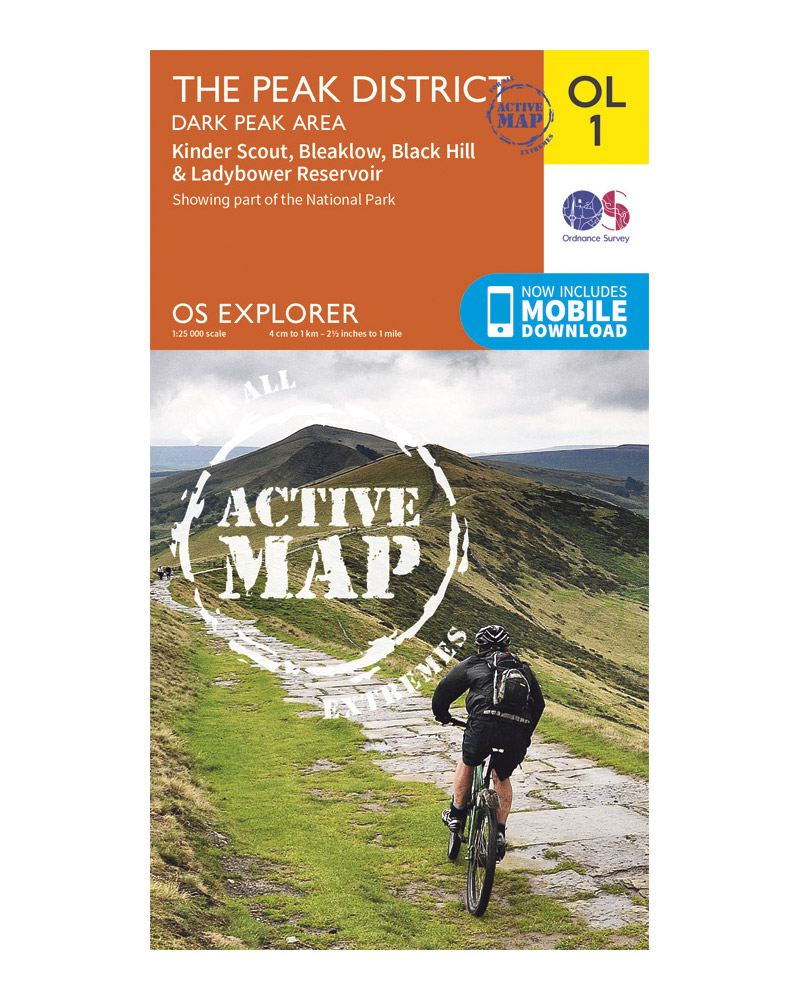 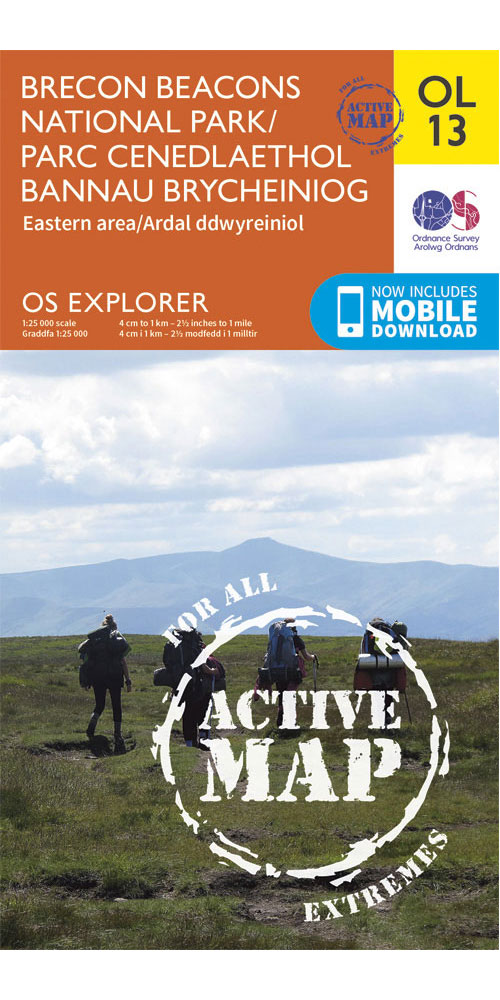 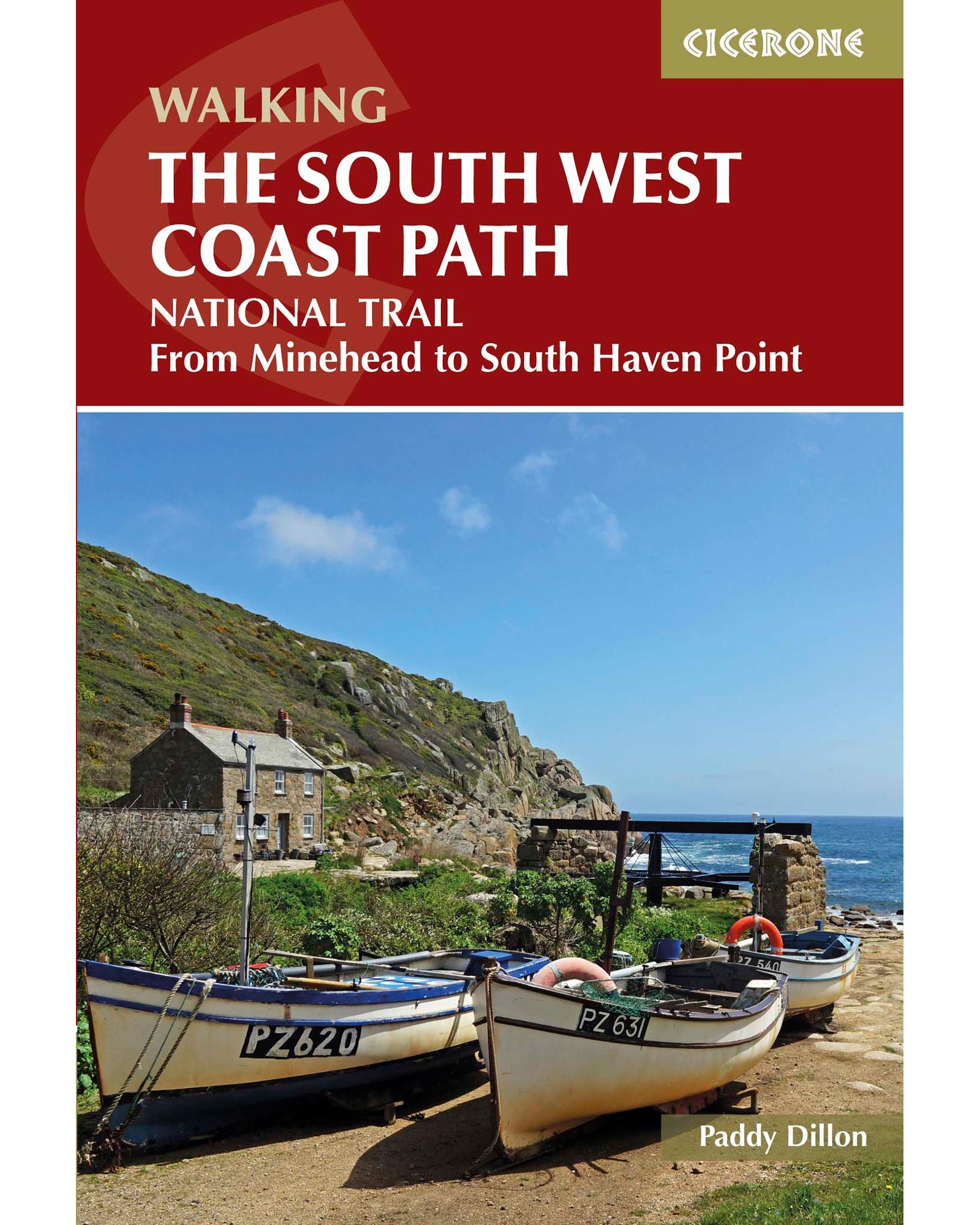