Ruins & Walks Of London And The South East

The South East is riddled with ruins, from crumbling castles and abandoned churches, to unfinished manors and forgotten follies. Many are found in remote rural locations, while others are hidden in leafy suburbs and busy cities – even in London, you’ll find ancient abbeys and secret cemeteries slowly being returned to nature.

For the best experience, approach slowly and arrive on foot from a distance. That way, you can feel the first flicker of excitement when you spot a ruined tower poking above the trees, or spy the shell of a distant ruin rising beside a riverbank. After all, finding each one is part of the adventure.

St Dunstan in the East– London 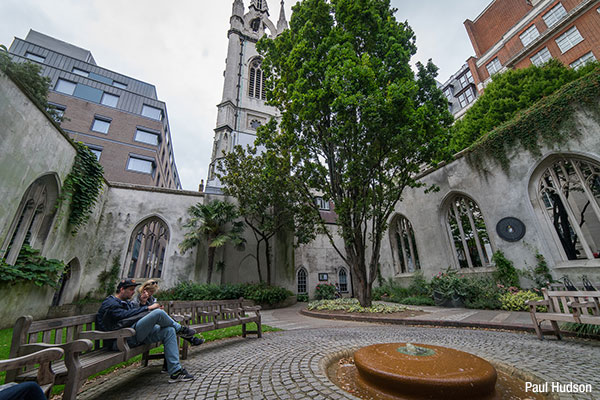 Bombed out in the Blitz, the ruins of this medieval church have morphed into a biodiverse public garden. The walls are decorated in Virginia creeper and ornamental vines, with Japanese snowball blossoming in spring. Take a self-guided walking tour of the area, starting at the Tower of London and strolling west along the banks of the Thames towards the church. Step inside and experience the weird and wonderful world of an ancient relic, surrounded by city skyscrapers. Continue beside the river towards Covent Garden for lunch at Wild Food Café. 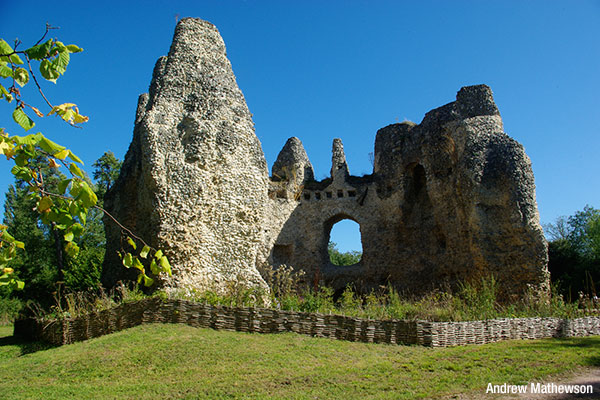 Walk beside the banks of the Basingstoke Canal and you’ll arrive at Odium Castle – one of only three fortresses built by King John during his reign. Known locally as ‘King John’s Castle,’ this ancient monument suffered a 13th-century siege by French Knights, and had become a hunting lodge by the 15th century. The Hoddington Arms in Upton Grey is a good option for lunch, with a rural setting and locally sourced food. Camp at Mellow Farm in summer, or glamp year-round at Two Hoots Campsite. 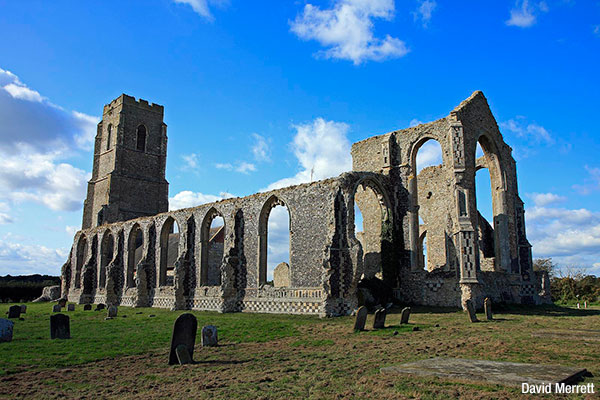 Much of the land has been lost to the sea on this wild, eroded Suffolk coastline. Once an important landmark for ships at sea, all that remains of St Andrews in Covehithe is a looming curtain of wall, while a tiny 17th-century chapel sits within its shell. When you’ve finished marvelling at the ruin, follow the footpath down to the dune-backed beach and relish in this secluded spot – it’s a lovely place to paddle and ponder. 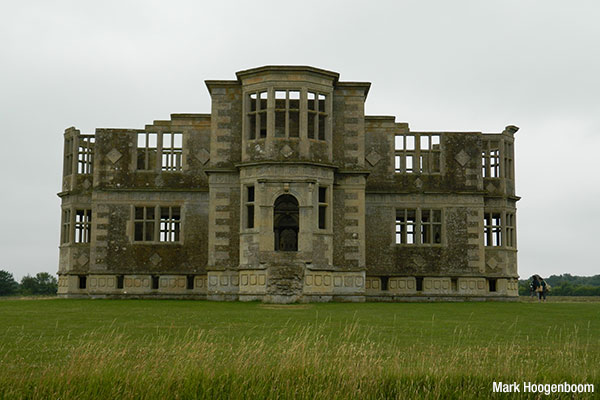 Commissioned by Sir Thomas Tresham, this roofless Elizabethan lodge was never finished, as work stopped when he died in 1605. Encircled by a dry moat, this National Trust relic is particularly atmospheric in the early morning mist. It’s an easy walk here from Wadenhoe village, where the meadow at the Kings Head pub rolls down to the River Nene. Turn your trip into a real adventure and go ‘champing’ in the nearby village of Aldwincle. Here, you can camp out in All Saints Church and have your breakfast brought to the church door by Tim, the village farmer. 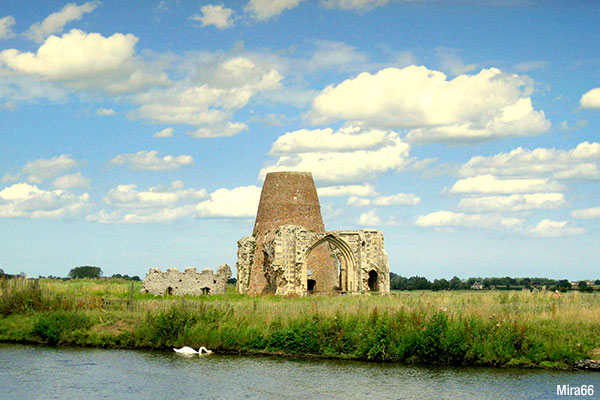 Hidden away in the depths of Broadland, this Anglo-Saxon monastery was abandoned in the 1530s. Rising on the banks of the River Bure, it features part of the old gatehouse and windpump. For a seven-mile, circular walk, you could hike here from Ludham village, looping back through How Hill Nature Reserve – an important habitat for marsh harriers, dragonflies and more. To make a weekend of it, go glamping at Burlington Hall or pitch your tent at the Old Vicarage.

Exploring the South East’s ruins is addictive. A simple stroll quickly becomes an epic adventure when you’re searching for ancient relics, or hunting for a house with a haunting past. As you explore each one, their stories unfold, giving you a glimpse of past lives, bygone eras and battles fought.

Even before you arrive, you can imagine the invaders that approached or the pilgrims that once journeyed there. So take your time, tread carefully and explore cautiously – some of these structures have stood here for centuries and will continue to crumble for many more.

For more inspiration on wild adventures this Autumn take a look at Wild Guide to London & South East and other Wild Guides.