For a growing number of skiers and snowboarders, the allure of pristine powder runs is leading us beyond the piste boundaries and into the backcountry. It carries huge risks, especially if you're not equipped properly, but being safe off-piste isn't just about ability, avalanche equipment and knowledge of slope angles; it's knowing how and when to make the right decisions. 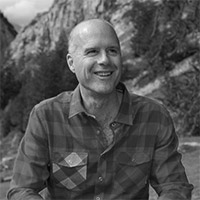 We spoke to Henry Schniewind, owner of Henry's Avalanche Talks and speaker at the Ortovox Avalanche Awareness Talks about how easy it can be to make the wrong choices.

"We are no more reasonable in the mountains than anywhere else we go", says Schniewind. "The vast majority of avalanche and off-piste accidents happen to people who frankly should have known better".

But if people do know better, then why don't they act like it in an environment as unstable as the mountains? It's this question that leads on to the concept of 'heuristic traps'.

What are 'heuristic traps' & why are they dangerous?

Put simply, heuristics are a fundamental part of how humans make decisions and judgements satisfactorily but at the risk or expense of a perfect solution. They're a mental shortcut that allows us to reach a short-term goal by defying sensible logic or common sense, for instance, by not checking the snowpack before traversing a slab because you've never known it to avalanche before.

At their most basic level, approaches to scenarios using trial-and-error and rule of thumb are examples of heuristics, and while they are essential to making subconscious and minor decisions in daily life (if we thought through everything we did, we'd never get anything done) they are potentially lethal in a mountain environment.

Schniewind believes there are four key forms of heuristic that people fall victim to in the mountains:

Over-commitment to a goal

Knowing when to turn back no matter how far you've hiked out is the key factor. If it's taking longer than you thought, or if the weather looks like it could turn, don't just press on because you feel you have to. "Pursuing a goal because of timing issues, such as approaching darkness, or other constraints, which they gave precedence".

Familiarity with the terrain

"This is another shortcut that again saved skiers going through the time-consuming process of assessing the risk, on the grounds that if they had done it several times before it must be okay."

You're on holiday for a week, and it has just had the snowfall of the season, but just because the opportunity doesn't arise often, it doesn't mean you should ignore warning signs. "[Great conditions] would lead skiers to throw caution to the wind", says Schniewind.

Just because someone has hiked or skied a line before, doesn't mean the route is safe. "Seeing that other people had done a run, with its very limited value in reducing risk, is probably the greatest danger."

It's an oft-quoted statistic that in 90% of all avalanche accidents, the avalanche trigger is the victim (or someone in the victim's party), meaning a huge portion of avalanches involving people should have been avoidable - a result of decisions, made consciously or otherwise.

Ultimately, it seems the trick is to be aware of the potential for taking a mental shortcut, and running through the method or madness of a decision before taking anything that could be considered a risk. "You need to ask yourself: 'Am I trying to find a way of ignoring all of the above to tell myself that everything will be just fine?'" says Schniewind.