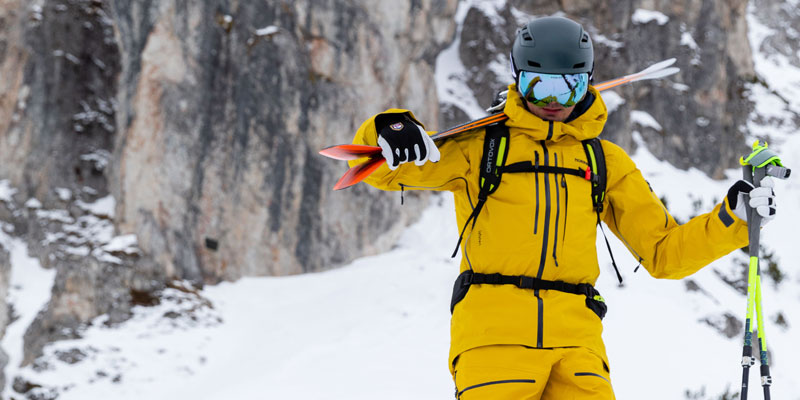 Endless powder, huge airs and big slashes. Sound like your type of ski film? Every good backcountry movie has all of the above and showcases athletes taming, if only temporarily, some of the highest mountains and steepest faces.

We've pulled together 5 of our favourite backcountry shorts.

Pro skier Dash Longe has spent his entire life being inspired by mountains. Perhaps unsurprisingly he took up roots at the foot of the Wasatch Mountains in Salt Lake City, Utah. Home to some of the best skiing in the world, Dash explores in ways he never has done before, continuing to fuel his soulful inventiveness on snow and beyond.

The 7 Stages Of Blank

Based out of the coastal mountains of British Columbia, Blank Collective Films is an athlete-owned film production company. After multiple "Movie Of the Year" nominations at Powder Awards, the Blank crew does it again with their newest creation, "The 7 Stages of Blank".

The Mountains Are Calling

SCOTT athlete, Dane Tudor and Simon Hillis take an introspective look at one’s attraction to the mountains, different types of snow conditions and terrain as they explore the breathtaking valley and mountains of British Columbia.

The Spearhead Traverse is a renowned backcountry ski touring route that forms a horseshoe-shaped line between Whistler and Blackcomb Mountains.

This film explores the Spearhead Traverse’s impact on skiers over the past five decades and how a complex future will continue to push the boundaries of backcountry travel.

During the snowiest winter of the decade, a team of riders attempt to get their fill of powder with the lowest CO2 emissions possible.