Trail Running as we know it today is a relatively young discipline. The Ultra-Trail du Mont Blanc was only run for the first time in 2003, and the International Trail Running Association wasn’t established until 2013. But before the era of formal races and official governing bodies - and long before it became a buzzword on the West Coast of the US - British fell runners were tackling what are, essentially, trail running challenges. Many of the routes these early pioneers established remain classics to this day.

Here are five that should be on every serious British runner’s bucket list. 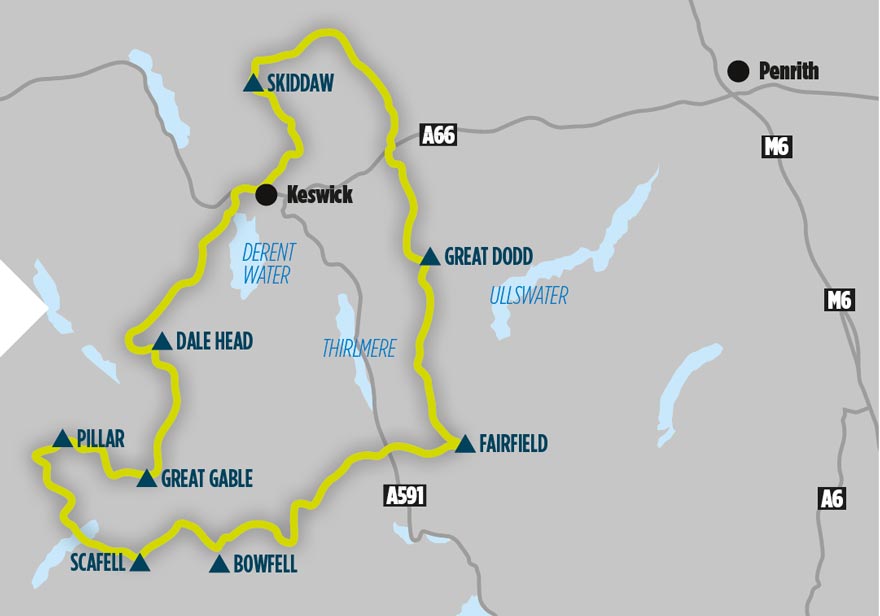 First run in 1932 by the eponymous Keswick guesthouse owner, the Bob Graham Round still stands as one of the greatest tests of trail or fell-running ability anywhere in the world. Just ask Kilian Jornet, who made the pilgrimage to the Lake District in 2018 to put down his own marker on its hallowed leaderboard. His frankly insane time of 12h52m, the current record, might be beyond the reach of mere mortals, but the challenge of running 42 fells within 24 hours, around a route of 106km, with 8,200m of climbing, is certainly doable. Just about. As of 2020, just 2,468 people had completed the Bob Graham Round in the allotted 24 hours - fewer than have stood on the summit of Mount Everest. Even Jornet himself, who famously climbed the world’s highest mountain twice in the space of a week, only ran the Bob Graham once. 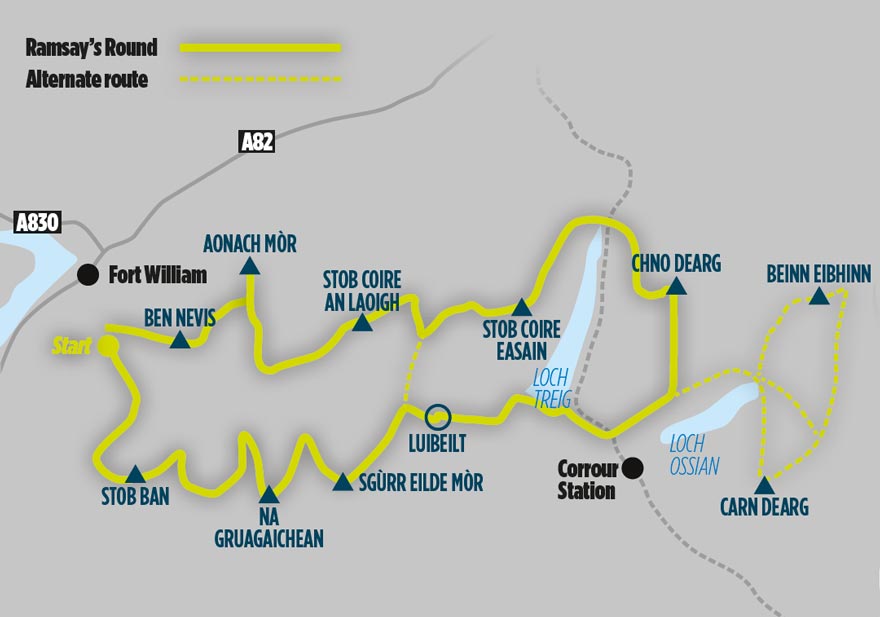 On the 9th July 1978, a young member of the Lochaber Athletic Club came rocketing down Ben Nevis, with wild desperation in his eyes, and almost nothing left in his legs. Crossing the finish line Charlie Ramsay collapsed. But the grin on his face (“a mixture of exhaustion and elation,” as he puts it) told his friends and support team everything they needed to know. He’d completed his gruelling route, taking in 24 peaks in 24 hours, with two minutes to spare, and with that, the Ramsay Round was born. Scotland’s answer to the Bob Graham might be shorter, at just 90km, but with 8,686m of climbing, it’s widely regarded as the tougher challenge. The current record, set by Fort William local Finlay Wild, who ran it unsupported last year, stands at 14h 42 minutes. But you know what they say about records… 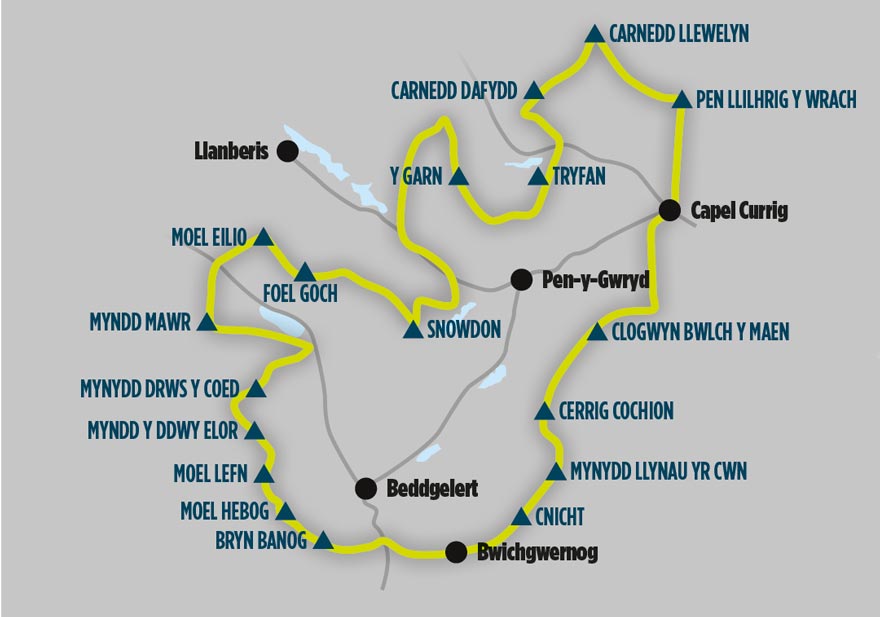 The ‘classic’ Welsh round might be the Paddy Buckley but we prefer this modern variation, first run by John Fleetwood in 2004. Taking in 38 summits in the Snowdonia National Park, it covers much of the same ground as the more famous Buckley version, but follows a slightly more logical route. The Moelwyns and Moel yr Hydd are omitted, allowing you to take a direct line from Cnicht to Moel Siabod, and the classic north ridges of Tryfan and Crib Goch are both included. With 8,138m of climbing, this is roughly equivalent to a Bob Graham in terms of difficulty, and is similarly designed to be completed in 24 hours. Fleetwood himself clocked up a time of 23h20m when he first ran it. 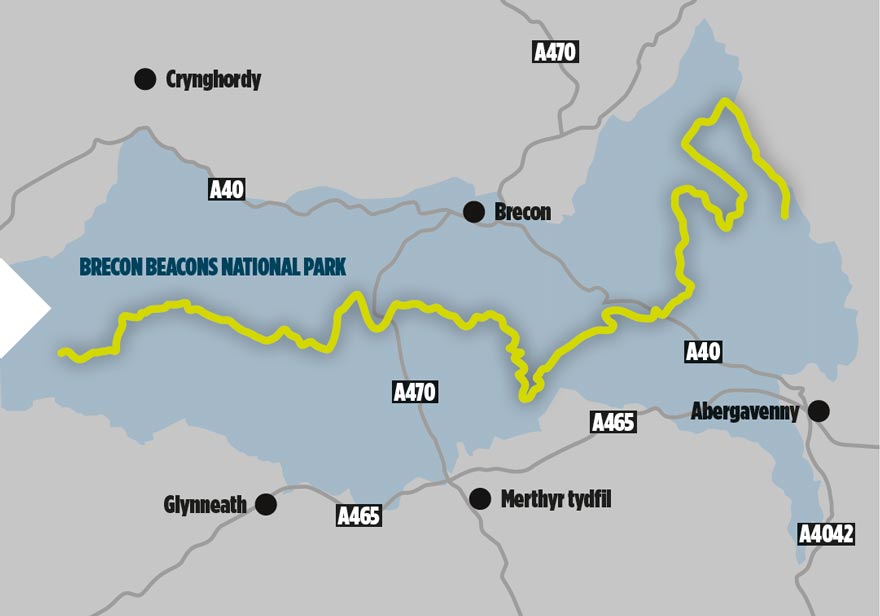 A 115km route with 5,180m of climbing, running West to East through the middle of the Brecon Beacons National Park, the South Wales Traverse takes in 31 tops, including Fan Brycheiniog, Pen y Fan, and Waun Fach. Originally run by Derek Fisher and Andrew Lewsley in 1983, the route was based on scaling all of the peaks in the park over 2,000 feet listed in a 1973 book The Mountains of England and Wales. According to Fisher’s account, the pair braved a storm which included “a vortex of wind, flashes of lightning, and hail stones which seemed to be the size of oranges beating down upon our heads,” but they completed the challenge in 21 hours and 43 minutes. The current records, held by Helen Brown and Damian Hall, stand at 18h48m for women, and 14h13m for men, but 24 hours is still considered the benchmark time. 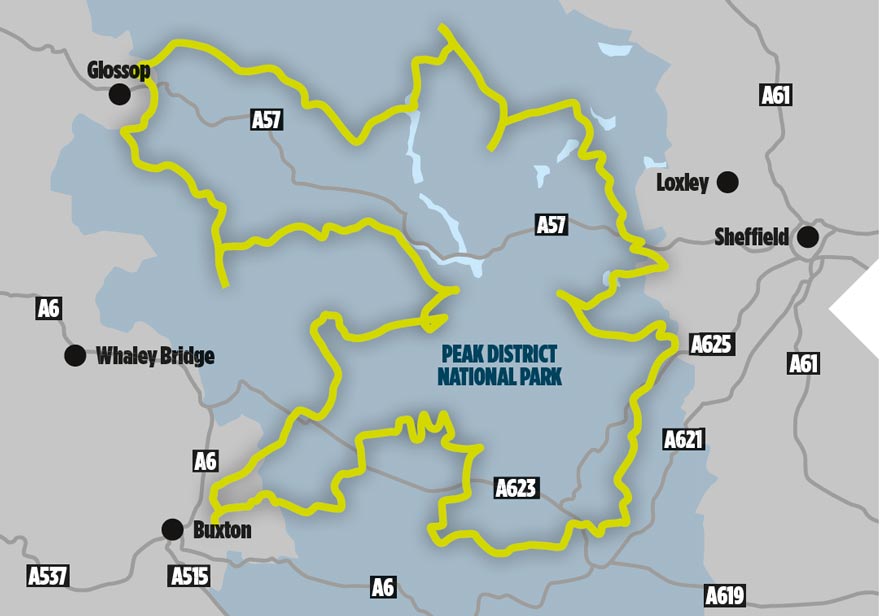 There are lots of diff erent routes based around combining the original Ordnance Survey Trig Pillars in the Peak District - from a 24-hour North-South Traverse, taking in 17 Trigs and 13 Tops, to a frankly insane 26-27 Trig loop fi rst completed by Pete Simpson in 1991, which has only ever been repeated once, 15 years later. This, however, is the classic route - the Dark Peak 15 Trigs, first run by three members of the Dark Peak Fell Runners Club in 1985. Runners usually start and finish at The Sportsman in Lodge Moor, the Sheffield suburb where the club is based. Fifteen hours - or an hour per Trig point - was originally reckoned to be a par time. But the current record, set by Tom Saville, another Dark Peak member, in 2019 stands at a shade under nine hours. Not bad for 88km, with 2,600m of ascent.