Damian Hall - What I Pack In My Pack

Inov-8 ambassador Damian Hall (5th place at last year’s UTMB and 2018 winner of Ice Ultra) is one of the world’s leading ultramarathon runners. Ahead of his upcoming talk at our Covent Garden Store on the 15th May, we got the low-down from him about what he packs for long runs and races.

Firstly, a small tin of Vaseline. Just in case. I almost never get problems. But feel convinced that if I ever leave this behind then because of Sod’s Law, I’ll get the world’s worst crotch chafes. I also chuck an emergency bivvy and a Mountain Fuel Sports Jelly in an Inov-8 5L dry bag, plonk them in the main compartment and hope I don’t need to use them.

If it’s a winter run somewhere lumpy I’ll chuck an insulated Inov-8 Thermoshell Pro Jacket in there too. I don’t think I’ve ever got it out but, like the emergency bivvy, it’s partly in case someone else might need it.

If there’s a decent chance of rain, I’ll bring my Stormshell. I ruddy love this jacket. It's only 175g but has really good waterproofness, protection and features too (fleece to protect the chin, thumb loops, peaked adjustable hood for a tight but comfy fit). I’ve used it for two UTMBs and numerous Brecon Beacons runs where Wales has shown me its less hospitable side (#mentaltraining)."

If there’s very little chance of rain or it’s a race, I’ll usually take the Inov-8 Ultrashell Jacket. It’s insanely lightweight (just over 100g), but still has 10,000HH waterproofness, taped seams and it’s also transparent so you can see a race number through it (mandatory in some races, such as UTMB). Because it’s stretchy it’ll go on over my pack too, not delaying me in a race. 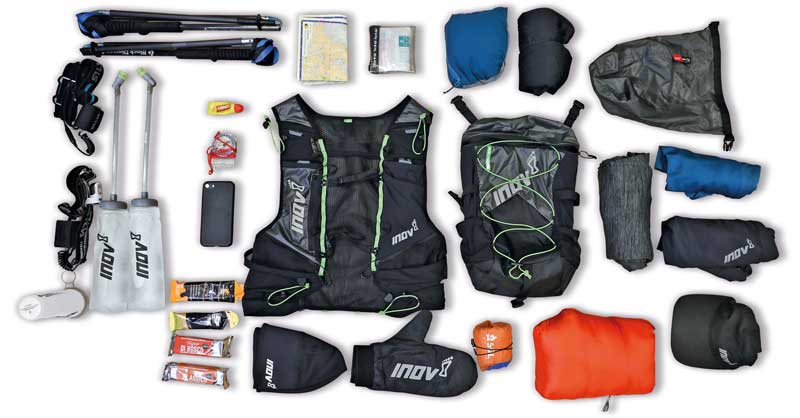 Some race mandatory kit lists include waterproof trousers and I’ll take the Race Ultra Pant, which just like the top half, are super-stretchy. You hope you never need to use them, but if the weather turns biblical you’re covered.

If I’m racing and have started in a tee, I may also bring arm guards as a waterproof jacket is more breathable when it’s not against skin. Plus, they add some warmth. I wore these at UTMB last year through some cold and misty hours in the early morning and was glad I had them.

On a training run, if rain looks really unlikely I often take an Inov-8 Windshell Jacket. This is an under-rated and surprisingly effective bit of kit, more breathable than a waterproof but it can really keep a fierce wind off. If it’s hot or going to be hot, a Race Elite Peak Cap will be in the pack, plus I’ll be wearing a Wrag 30 and a pair of sunnies.

Depending on the time of year, I may chuck in a pair of Inov-8 All Terrain Gloves. If it’s winter, some Extreme Thermo Mitts will go in too. They had good use on Scotland’s Cape Wrath Trail FKT run in December. At risk of sounding like a wimp, I don’t mind cold legs and wet feet, but cold fingers seem to suck the good humour out of me. Partly because then I can’t get my Tunnock’s chocolate bars out.

Indeed, races and long runs are a chance to scoff my cakehole and that usually includes Longhaul Endurance pouches of Turmeric Chicken, 33Shake gels, nuts, cheese and chocolate. Unless stipulated I’ll probably only take one soft flask and hope to fill it up en-route.

If there’s any risk of running in darkness, I’ll take my trusty Petzl NAO+ head torch, which was ace at UTMB and on the Cape Wrath Trail. It’s really bright but the burn time can be stipulated via an app. If I need poles, I’ll take the Black Diamond Distance Carbon Z, which can be attached to the Inov-8 Race Ultra Pro 2in1 Vest in several ways. If I’m somewhere unfamiliar I’ll take a compass too and an OS or Harvey’s map. And lastly, my smartphone, so I can send some silly selfies to my kids mid-run.

Plenty of kit, but I barely notice it in this pack. 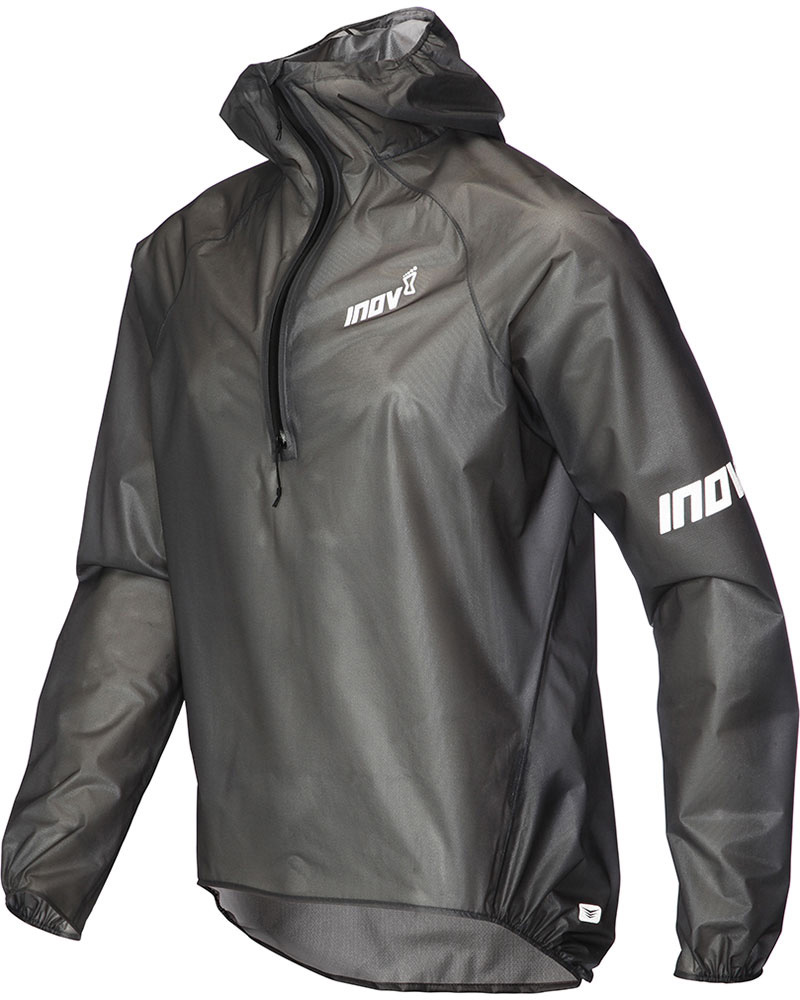 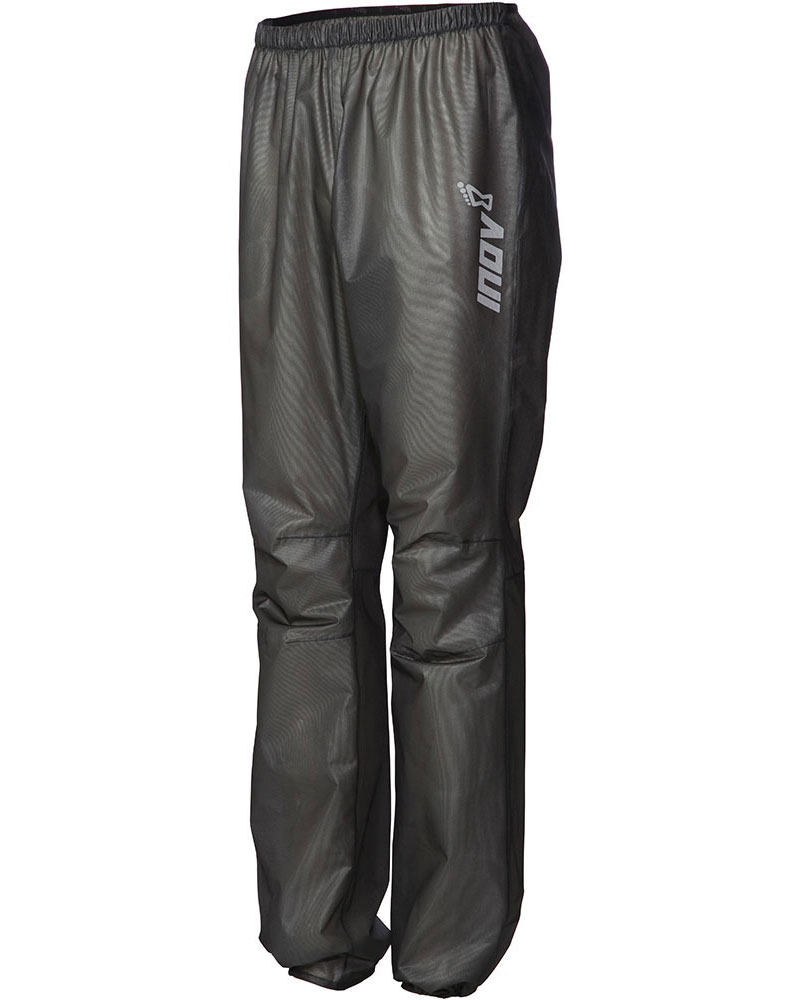 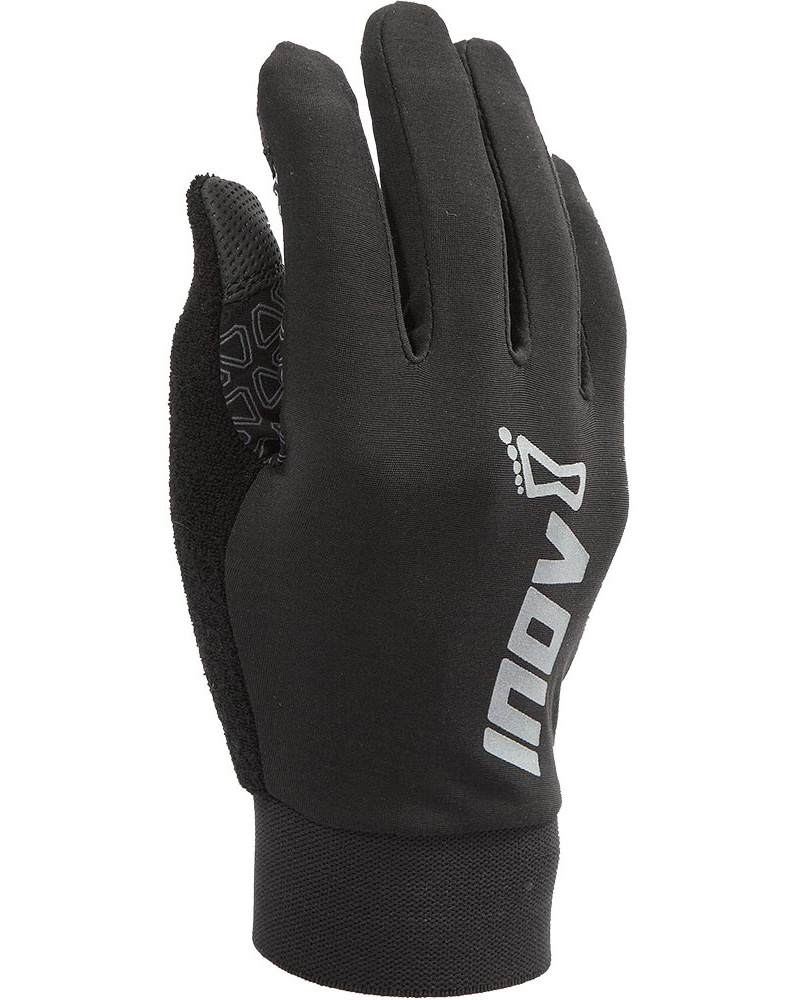 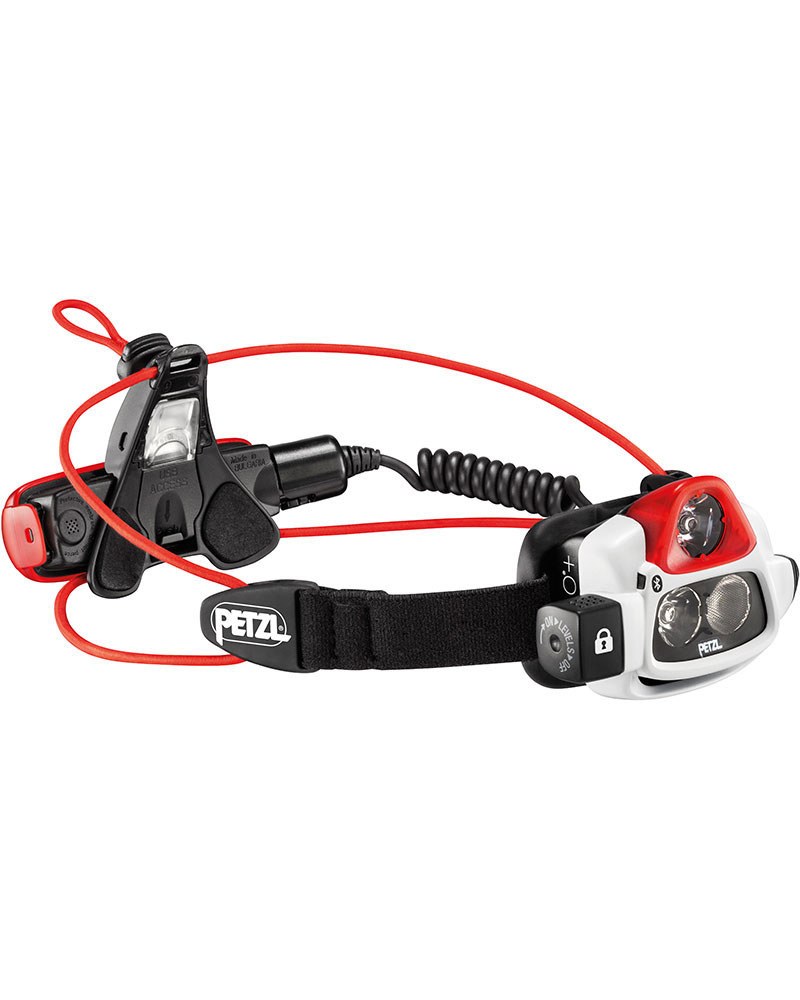 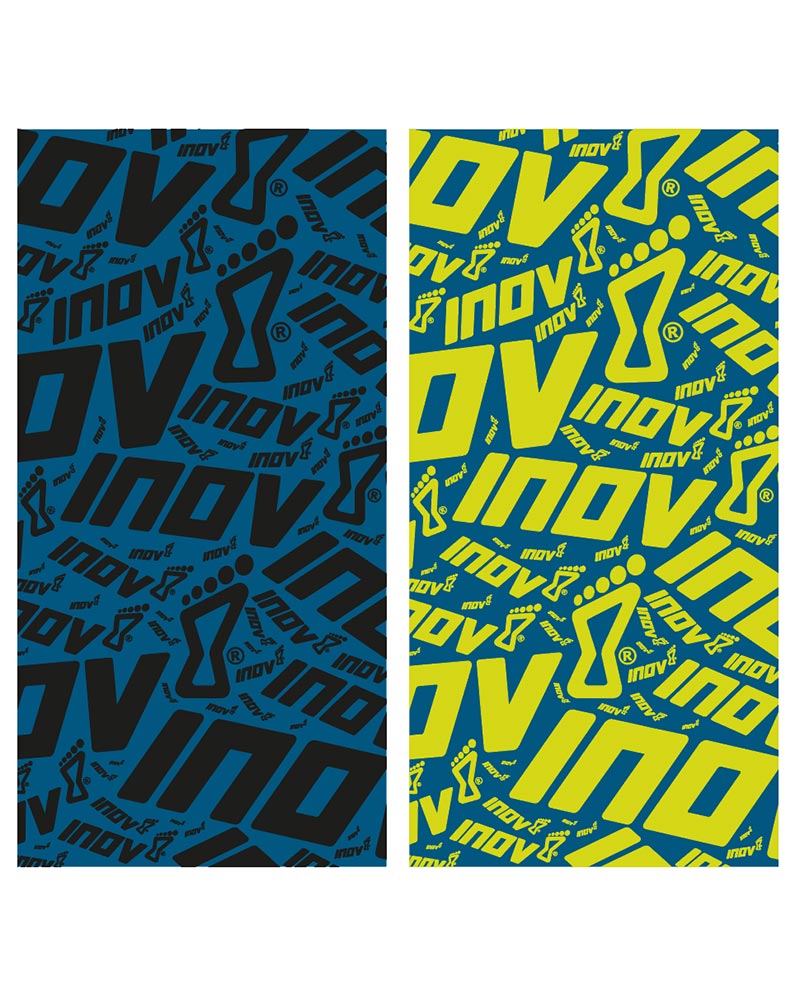 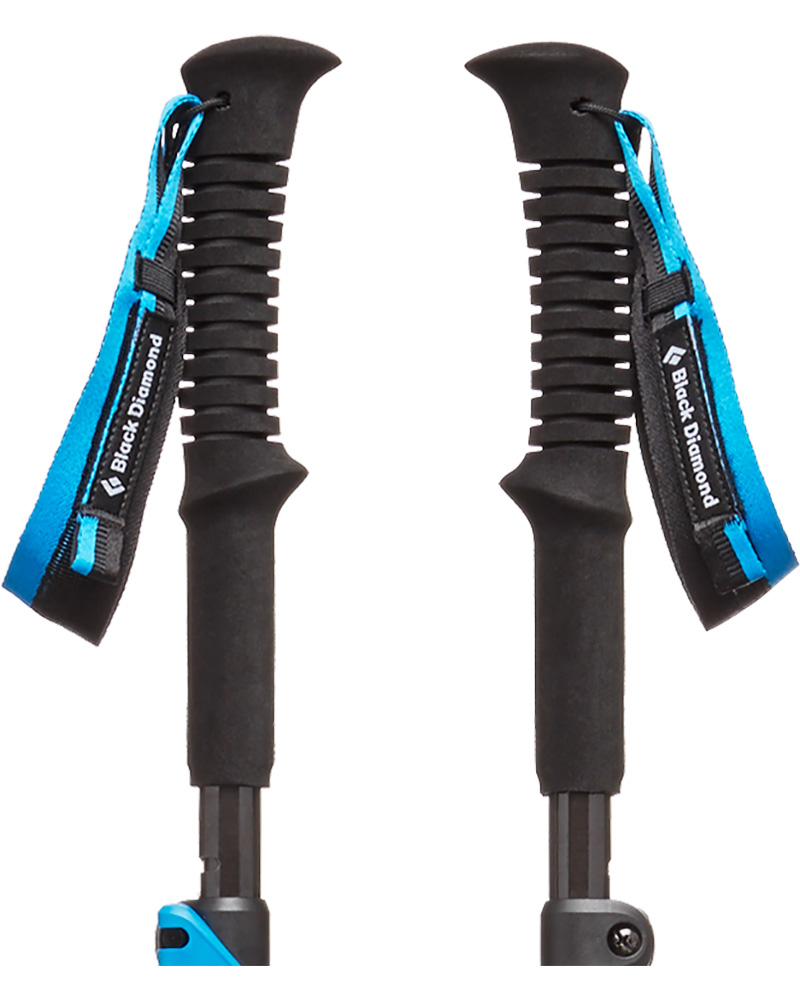 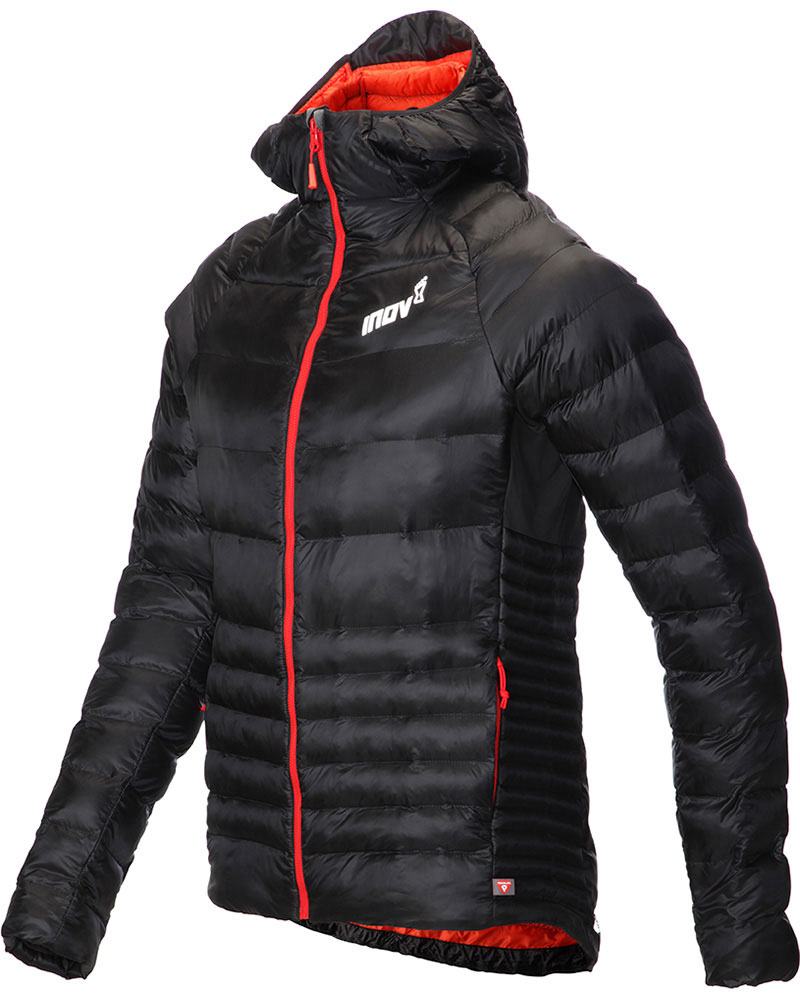 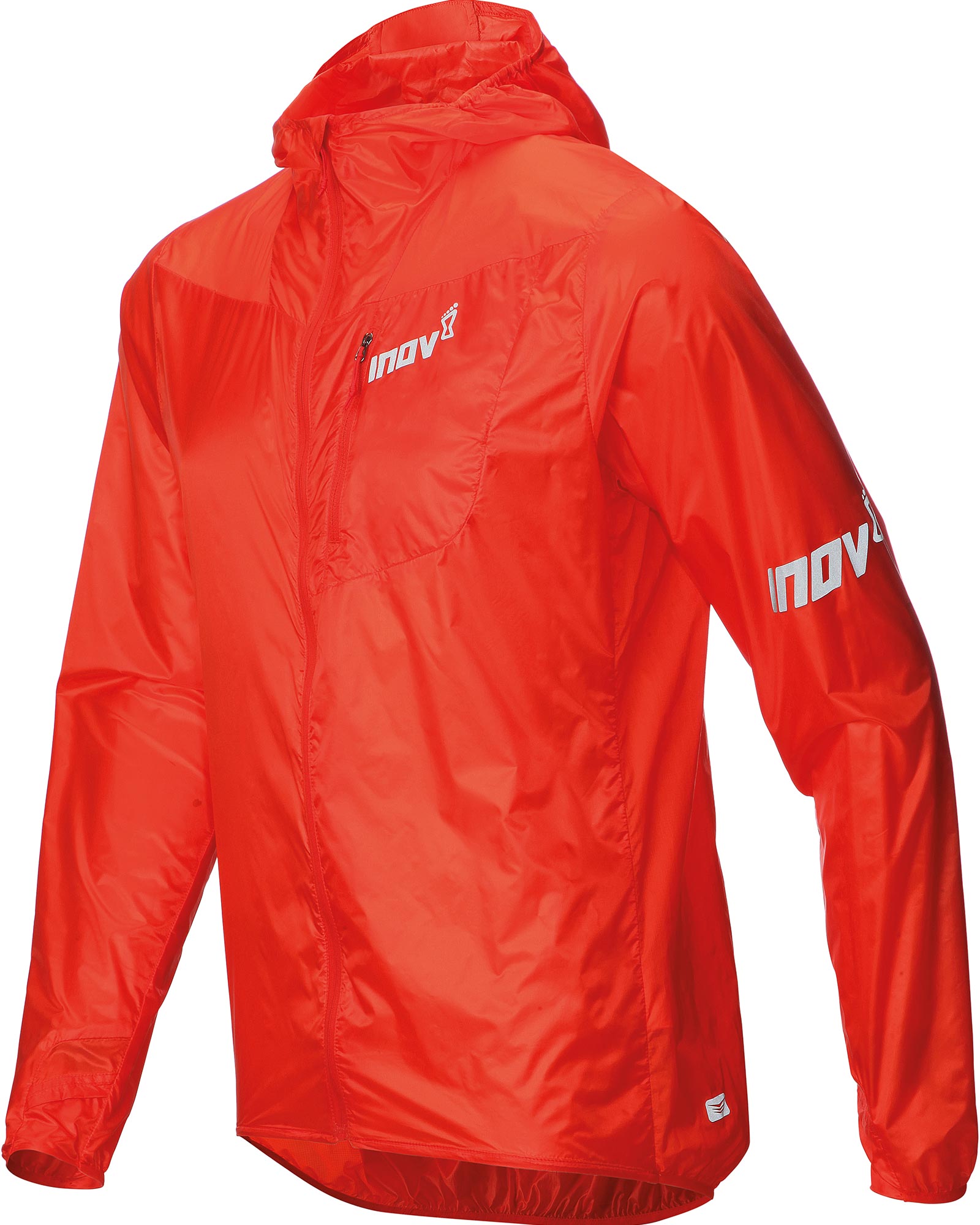 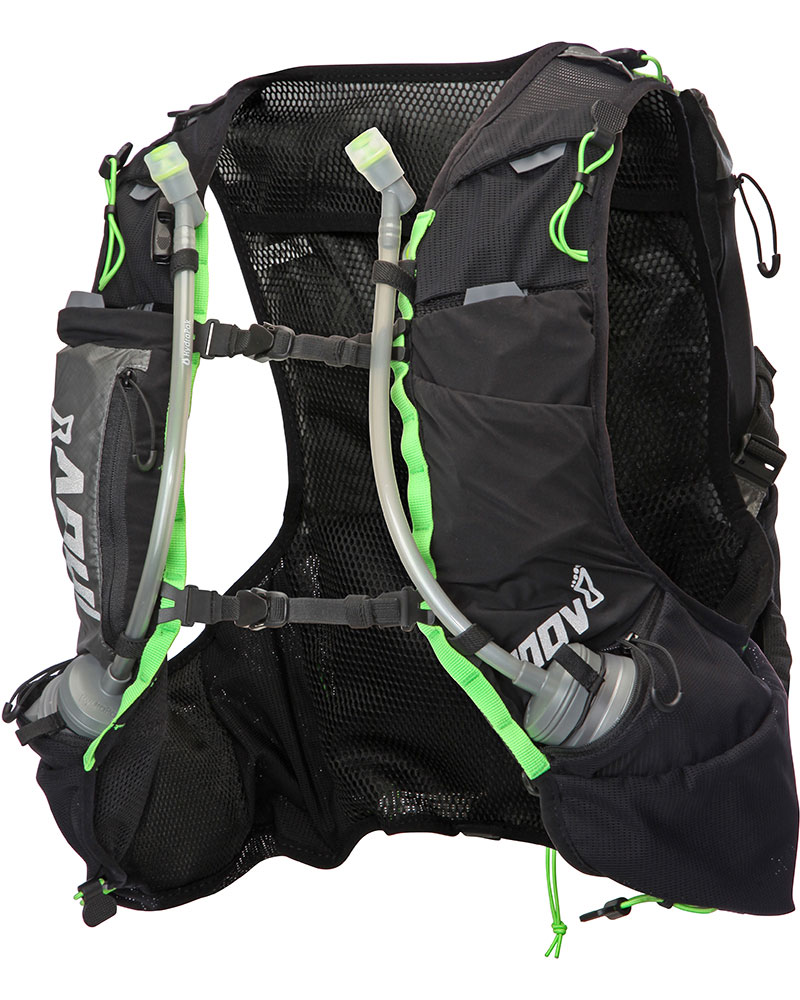