Beginner's Guide To The Wainwright Fells

If there is one name synonymous with the English Lake District, it’s that of Alfred Wainwright. Speak to anyone familiar with the Lakeland Fells, and the name carries the same reverence and adoration as ‘Munro’ in the Scottish Highlands.

What is a Wainwright?

A Wainwright is any of the hills and mountains of the English Lake District included in seven guides written by Alfred Wainwright.
The lowest Wainwright is Castle Crag at just 290m, located in the North Western Fells, while the highest is Scafell Pike at 978m, located in the Southern Fells.
Wainwrights don’t have any specific qualification for inclusion other than the fact Wainwright chose to write about them. He wrote the pictorial guides over a period of 13 years starting in 1952 and they have been continuously popular since the first guide was published in 1955.

How many Wainwrights are there?

There are 214 Wainwrights outlined in seven guides written by Alfred Wainwright, and they are all located in the Lake District National Park.

Who was Alfred Wainwright?

Alfred Wainwright was born in Blackburn, Lancashire in 1907. While he grew up in a relatively poor family he always did well at school and was a keen walker. Upon leaving school early at the age of 13, he gained work in an engineering office taking night school classes to gain further qualifications in accountancy. In his early 20’s he saved up to go on a walking holiday in the Lake District with his cousin where he climbed Orrest Head, it was here that his passion for the Lake District was ignited. He eventually moved to the area and created a life for himself and his family. He started working on book 1 of the Pictorial Guide To The Lakeland Fells in November 1952 and continued working on it for the next 13 years.

What is ‘Wainwright Bagging’?

How To Bag A Wainwright

1.    Develop your experience – for the higher and more remote wainwrights it’s very important to have a reasonable level of experience, you can develop this experience by tackling some of the lower and less remote Wainwrights first. This way you can make sure you are comfortable with your navigation and surroundings. It’ll also give you time to build up an appropriate collection of clothing and gear that will help to keep you safe in more difficult conditions.
2.    Take the right kit - Having the appropriate gear that works for you and the knowledge and experience of using it to the best of your advantage will be beneficial to your Wainwright adventure. Your walking footwear should offer support, fit comfortably and leave you blister-free at the end of your walks, your rucksack should be able to comfortably stash everything you need to take with you and your waterproofs should keep you dry and comfortable when it rains. If tackling a Wainwright in the winter months be prepared for possible alpine conditions. 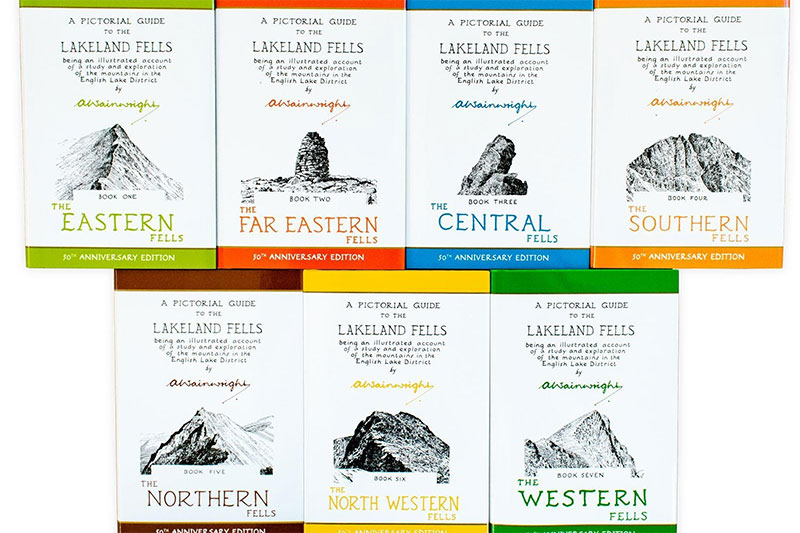 Here is a list of all the Wainwrights, alternatively you can explore Wainwrights Pictorial Guide To The Lakeland Fells: