Why the Salomon Skyline Scotland is the Worlds Hardest Trail Race

The concept of 'skyrunning' has captured the public's imagination in recent years, with the feats of athletes like Kilian Jornet and the emergence of awe-inspiring drone footage following them. So-called 'skyraces' are as amazing as they sound; extreme trail races forcing competitors to race technical ridgeline routes where the mountain meets the sky.

First launched in 2015, The Salomon Skyline Scotland event is rapidly gaining a reputation for being one of the hardest weekends on the mountain running calendar. Four races are held over a September weekend; the Salomon Mamores VK, the Salomon Ben Nevis Ultra, the Salomon Ring of Steall Skyrace, and finally the Salomon Glen Coe Skyline. All four push mountain runners to the absolute limit of endurance and daredevil tenacity, making for what we believe is the world's toughest trail races. Here's why we think so...

The Mamores VK is barbarically intense

You'd be forgiven for looking at the distances of each of the Skyline Scotland races and, at just 5km long, writing the Mamores VK off as a walk in the park. Then you realise the 'VK' means 'vertical kilometre'.

You're racing from near sea level to the top of one of the UK's highest mountains on one of the steepest slopes that they could find, generating some of the purest lactic acid build-up imaginable. It might not have the epic distance factor of the other races, but any athlete will tell you that this only changes the nature of the beast, not its ferocity. A quick glance at the OS map and you can see how tightly-packed the contours are on the climb to Na Gruagaichean. That's seriously steep. 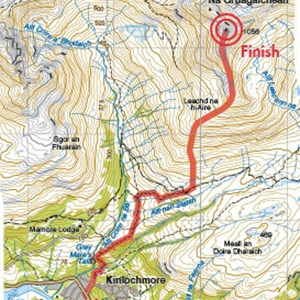 The Ring of Steall is as hard as it sounds

Okay, so it's not spelt the same as steel, but this race might as well be named after the reinforced structural stuff. Plus, when you tell anyone you're racing the Ring of Steall, it makes you sound well 'ard, and with good reason. This race takes in a classic mountain walking loop from Kinlochleven taking in no less than four Munros - tough enough at hill walking pace, brutal at race pace. Featuring wire rope bridges, river crossings and the aptly-named Devil's Ridge, the circuit is not for the faint of heart.

You have to RUN the Aonach Eagach ridgeline

Most mere mortals would baulk at the idea of having to traverse Glen Coe's infamous ridgeline. Even experienced mountaineers will approach it with caution and plenty of climbing equipment. But those tackling the Glen Coe Skyline will be facing Aonach Eagach armed with little more than unwavering confidence in the grip of their trail running shoes. This race truly is the jewel in the mountain running crown, and one of only 3 Skyrunner races in the world awarded 'EXTREME' status (caps lock intended). Taking in the scramble of Curved Ridge to ascend Buachaille Etive Mor before tackling the iconic and notoriously exposed arête of Aonach Eagach, the route demands climbing ability and a head for heights all while you're at the limit.

The Salomon Ben Nevis Ultra is savage enough before it reaches kilometre 79, but it's at this point (already with over 2000m ascent in the legs and 40km still to race) that this ultra marathon truly heads skyward. This is the only long distance race on the calendar to tackle the Ben, and the route planners make sure it's done in style, ditching the Mountain Path popular with tourists and making competitors attack the mountain via Càrn Mòr Dearg, a more difficult and dramatic route that requires some scrambling. 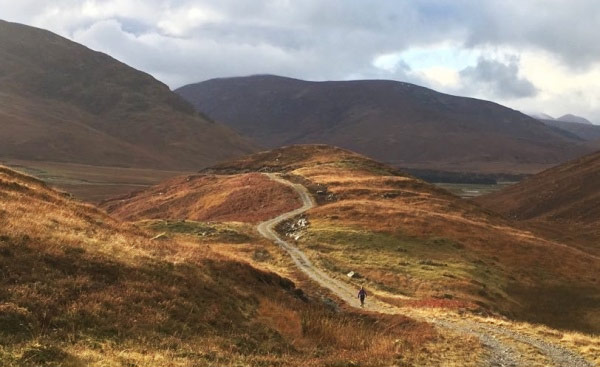 Some competitors will race more than one in the weekend

Most competitors with an ounce of sanity will be happy to race just one of the four events, and many will be trying to save their legs before the grand finale. But a handful of elite masochists including 2015 Skyline winner, Emelie Forsberg, have been known to put themselves through the rigours of the Mamores VK, the Ring of Steall Skyrace AND the Glen Coe Skyline in one weekend. Bonkers. 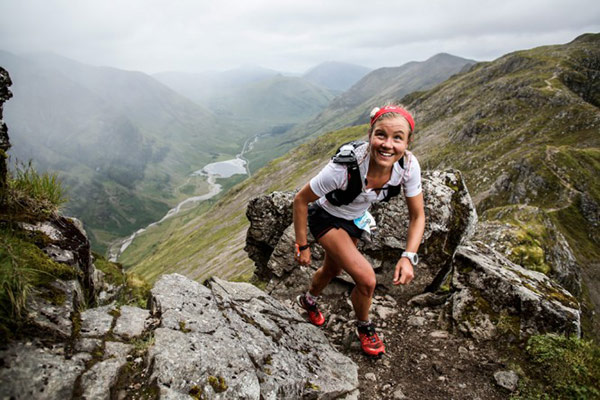