Discover ten of the world’s most extraordinary places on your next adventure, from wild deserts to salt flats and active volcanoes. 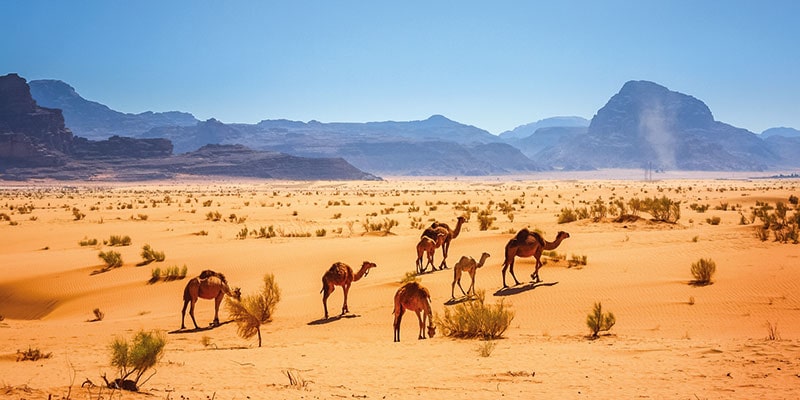 If you pictured the desert of adventure storybooks and Lawrence of Arabia films, it might look rather like Wadi Rum, a sprawling sand-clad wilderness in southern Jordan. At a huge 278 square miles in size, this is a more varied landscape than you think – here you’ll find rolling dunes, sandstone mountains loved by climbers and scramblers and vertigo- inducing stone arches such as the Burdah Bridge to hike across.

It’s surprisingly easy to get lost in this arid wilderness, and a guide is essential, especially for scrambling. The Bedouin people who have lived here for centuries now act as walking guides and open their remote but comfortable desert camps to visitors, where you can stargaze of an evening with a traditional glass of mint tea. 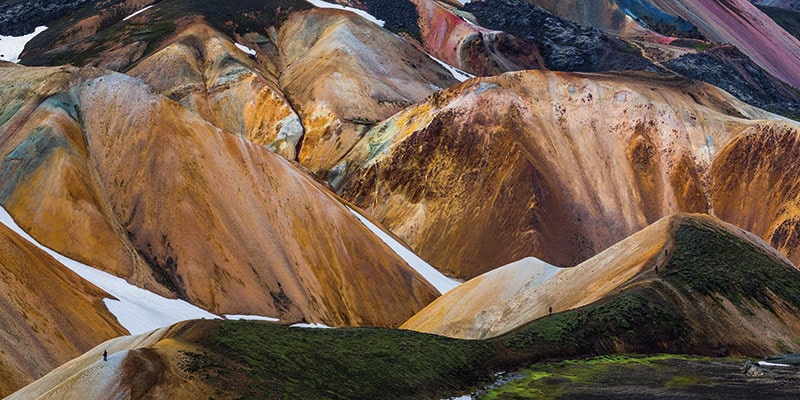 You can’t create a list of otherworldly hiking landscapes without including Iceland. And on this bizarrely beautiful island, home to black sand beaches, glittering glaciers and fermented shark for tea, the Laugavegur trail stands out as a feast for the eyes.

This 34 mile-long route begins in Landmannalaugar, a geothermal rainbow-coloured wonderland of a valley where the mountains are striped by obsidian and rhyolite in every hue you could imagine. Hike towards the south, staying in remote mountain cabins, and you’ll end up in Thorsmork, a green valley named for the Norse god of thunder and capped by the Eyjafjallajökull glacier. 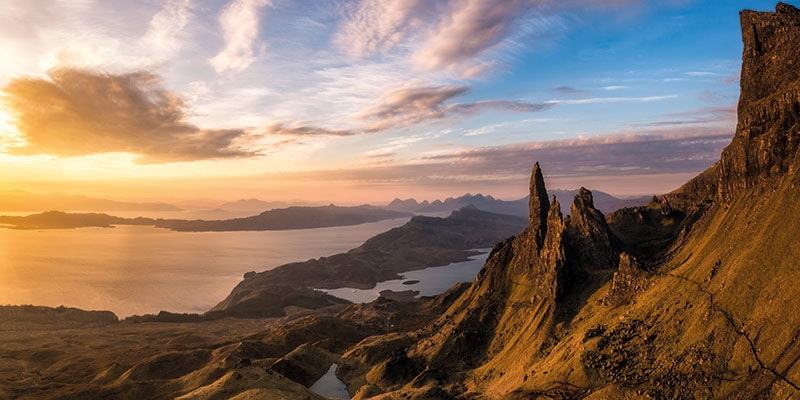 It’s hard to miss the enormous and iconic pinnacle that crowns the Isle of Skye in Scotland’s Inner Hebrides. The ‘Old Man’ seems to act as a guardian of the island’s Trotternish Ridge mountain range – and according to local legends, it’s the gravestone of a giant.

The pinnacle was created in a colossal ancient landslide, and now stands 50 metres high. It was first climbed in 1955, and is said to be as ‘unstable as porridge’! It’s a two-mile walk to reach the Old Man, rewarding hikers with panoramic views of surrounding Skye and over the Sound of Raasay. 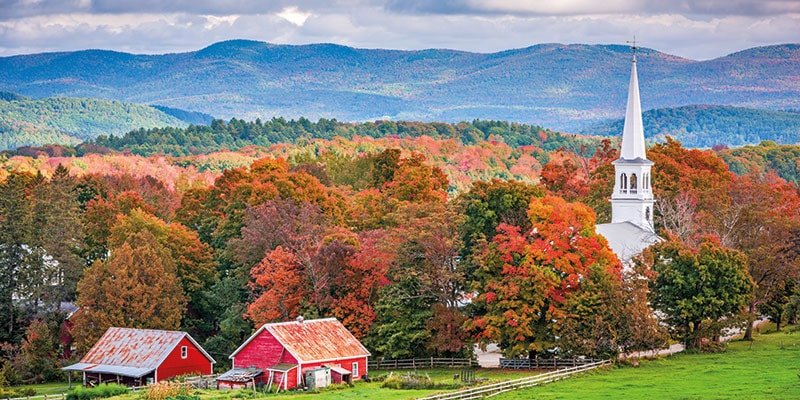 Get ready to find your inner leaf peeper - that’s the name given to those who flock to New England in autumn to catch the elusive changing colours of fall. The state of Vermont is three-quarters forest and becomes ablaze with brilliant reds, oranges and golds as its native sugar maple trees turn with the season each year (usually between late September and early October). Climb up to Smuggler’s Notch, a mountain pass from which you can take in a blaze of fall colour. 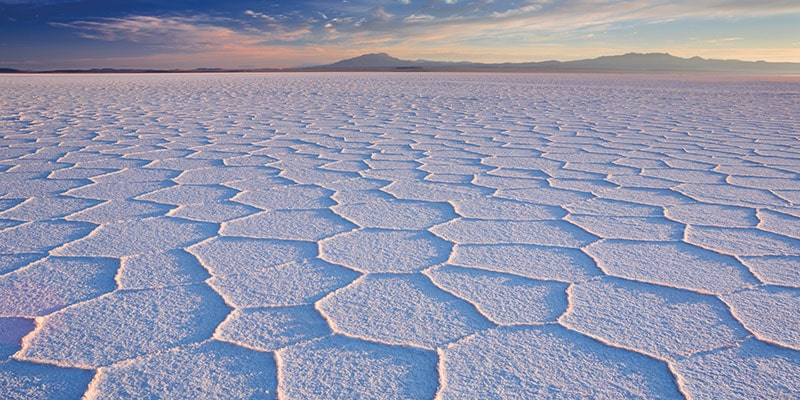 Nowhere does the word ‘dreamscape’ apply as well as to Bolivia’s huge Salar de Uyuni. These snow-white salt flats stretch for miles and miles in a valley surrounded by the Andean mountains. In the rainy season the salt reflects the sky, mirror- like; in dry weather it forms a strange expanse of hexagonal craters where you’ll quickly lose your ability to judge distances.

You can walk, drive or cycle across this sea of salt, and hike to little ‘islands’ of rock covered in huge cacti. For a more challenging hiking trip, add on treks to the top of the dormant volcanoes of Tunupa (5,190 metres) and Acotango (6,052 metres) in Sajama National Park. 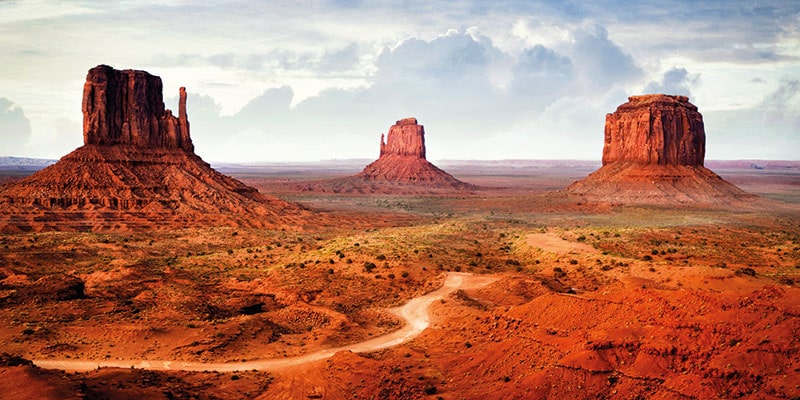 Drive into Monument Valley on Highway 163 and you’ll feel like someone has turned the saturation way up, so crimson-bright are the iconic mesas and rocks that rise up to 350 metres high from the red sand floor.

The remote Monument Valley Navajo Tribal Park, located within Arizona and Utah in the Navajo Reservation, is home to big rocks, big sky and very little else. Hike here at dawn to see the harsh colours softened by the emerging sun in what is perhaps the grandest desert on earth. 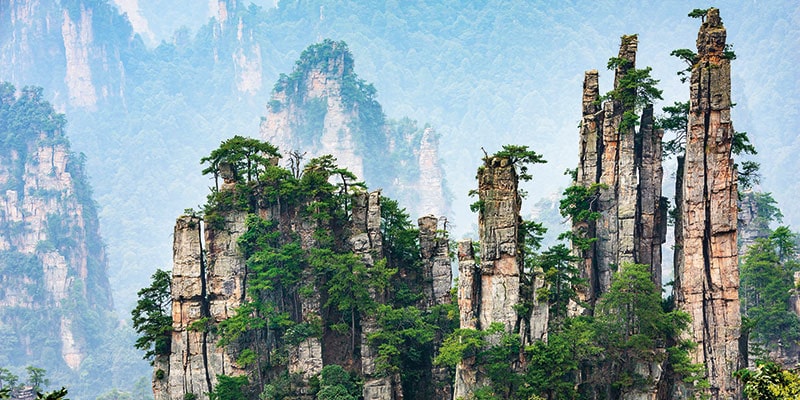 Fans of fantasy film Avatar may recognise these incredible peaks – they were the inspiration behind the floating mountains of the fictional world of Pandora.

The real Zhangjiajie National Park in Hunan, China is no less impressive, with soaring pillars of quartzite sandstone covered in dense foliage rising up from the valley floor, often wreathed in fog. Visitors flock from around the globe to see this unbelievable landscape, but with 3,000 pillars sprawled across the UNESCO-protected park there’s still plenty of space to hike and explore – keep an eye out for the resident macaques. 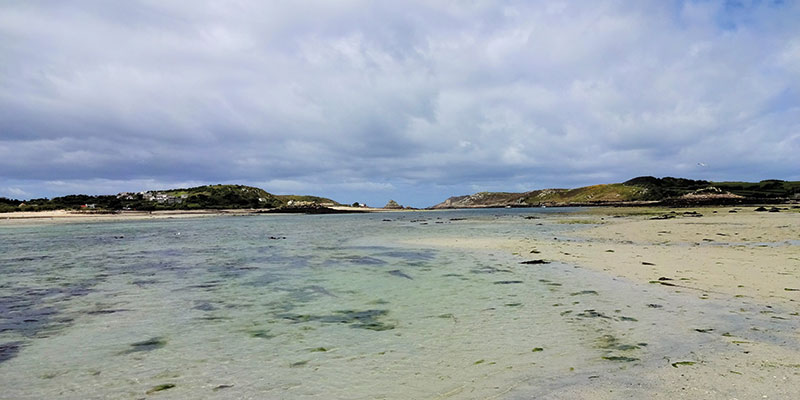 Fancy a walk on the bottom of the sea? It’s easier than you think. Head to the Isles of Scilly off the coast of Cornwall, where five subtropical islands are surrounded by clear turquoise waters home to plentiful shipwrecks.

At certain times of the year, when the changing tides ebb just low enough, it’s possible to walk across the sea bed between the islands of Bryher and Tresco, and the two communities meet in the middle of the sea bed for a fleeting seafood feast. Other islets such as Gugh can be reached daily when the tides reveal sunken walkways. Four of the five islands also have lovely campsites with some of the best coastal camping views in Britain.

Ever seen a fairy’s chimney before? That’s the local name for the incredible natural formations of Cappadocia, an otherworldly place in the heart of the Anatolian hills. Tall cream-coloured hills and strange rock formations cluster in the valley, and beneath them are man-made caves, caverns and a grotto church – you can even stay in a cave hotel.

The very best ways to see Cappadocia are by foot, hiking among those magical hills, or by taking a dawn hot air balloon flight, joining hundreds of other travellers suspended high above this surreal landscape. 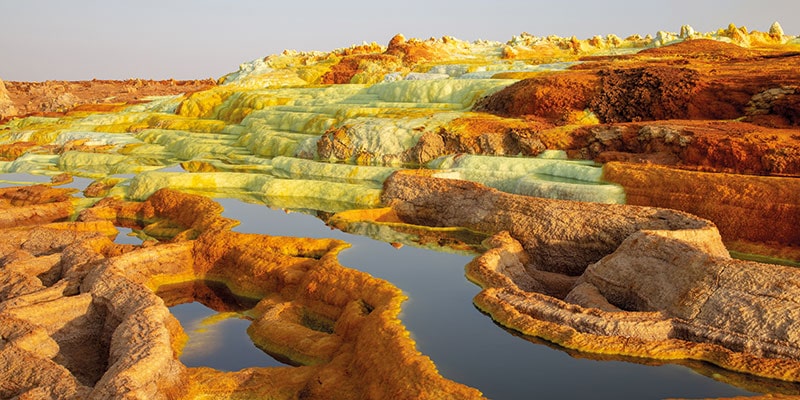 Welcome to the hottest place on earth. Ethiopia’s vast desert plain is where three tectonic plates meet in the Horn of Africa and create a truly otherworldly landscape in technicolour hues.

Make the long expedition to the Mars-like desert of the Danakil Depression, which sits at 100 metres below sea level, and you’ll find gurgling active volcanoes, living lava lakes, acidic pools, huge salt pans and Crayola- bright yellow, green and orange rocks tinted by iron and sulphur. Walking here is like stepping onto an alien planet.