In September 2019 eight Ellis Brigham team members from stores across the UK took on the challenge of summiting Mont Blanc (4,808m) whilst testing out the new FUTURELIGHT™ collection from The North Face.

The week consisted of re-familiarising the team with a range of skills that would be needed throughout the trip as well as acclimatisation. The first few days were spent based in the Torino hut, an Italian hut connected to the Skyway lift from Courmayeur, located at 3,375m. Spending at least 3 days at this altitude gave the team the best chances of being well-prepared for the ascent of Mont Blanc via the Goûter route.

The technology is utilised in 3 pinnacle collections from The North Face:

Summit Series: Outerwear focussed on defying the elements on extreme peaks and expeditions.

Steep Series: Outerwear focussed on defying limitations in the backcountry and on big-mountain terrain.

The first day consisted of arriving in picturesque Chamonix, having a briefing on the week ahead from the Jagged Globe team and getting our first hands-on experience with the new FUTURELIGHT™ gear from The North Face. 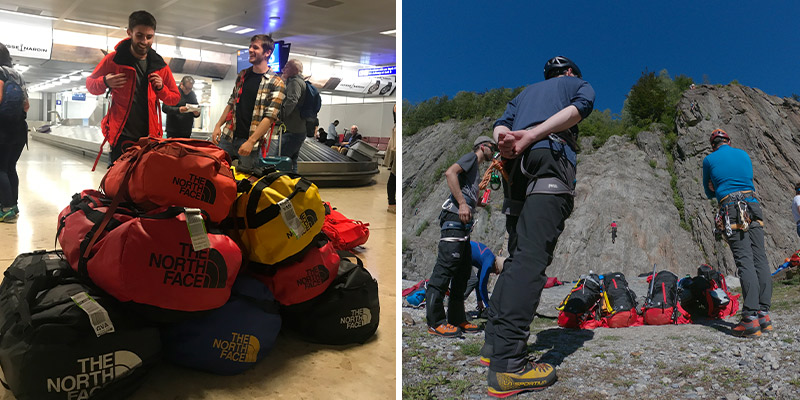 Arrival at Chamonix airport and climbing practice at the local crag

We then headed to the local crag to brush up on our belaying and rappelling skills as well as getting a feel for climbing in B3s, all skills we would certainly make use of over the coming days in the mountains. 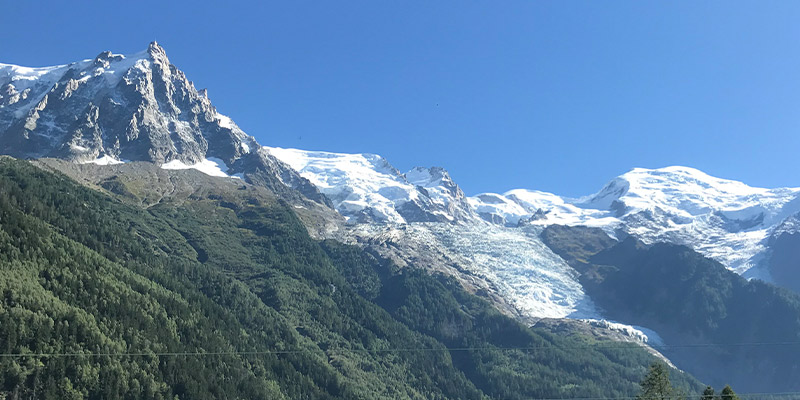 View from our hotel room in Chamonix

After waking up to glorious sunshine, the day began by heading through the Mont Blanc tunnel to gain some altitude by taking advantage of the Skyway Monte Bianco. 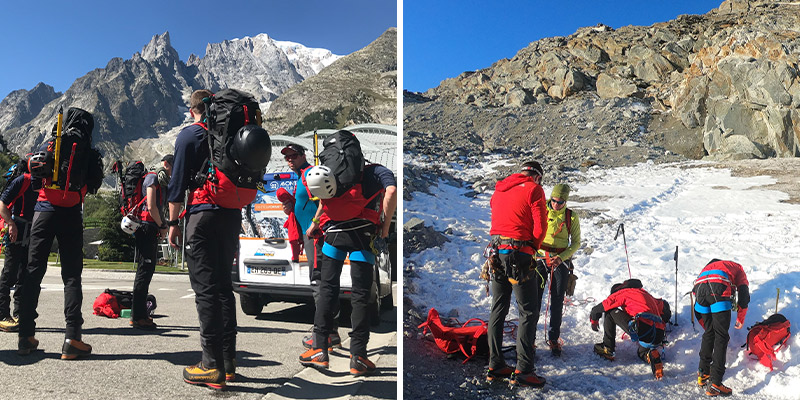 Having dropped some overnight gear at the Torino Hut, we then kitted up in FUTURELIGHT™ for the first time and headed out on the glacier to practice some roped up glacier travel.

As the sun blazed down upon us, it was quickly apparent how well the FUTURELIGHT™ L5 jacket wicked moisture away from the skin. Given the high temperatures, it was impressive to see that not one of the team felt the need to remove their outer layer during the entire day. 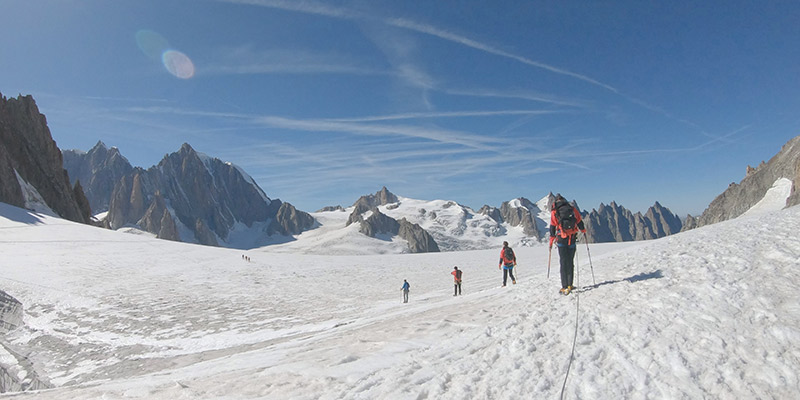 After being treated to a stunning pastel sunrise silhouetting the Italian Alps, we had a quick breakfast before heading out. 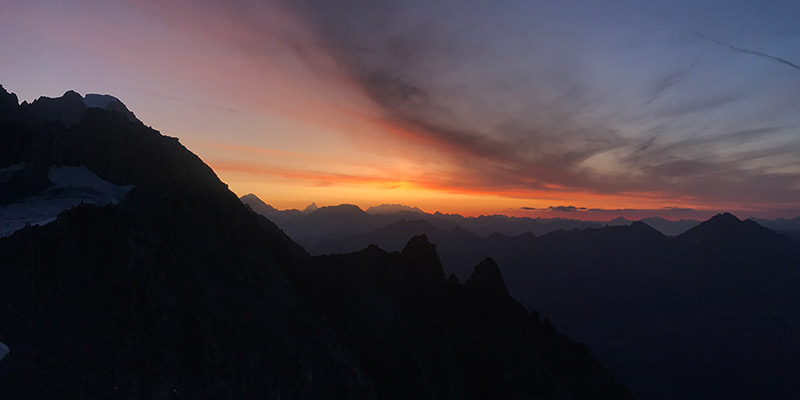 Morning sunrise in the Torino Hut

Today’s challenge was taking on the knife-edged Aiguille d’Entrèves, an exposed traverse and one of the best granite ridge crests in the range. This really put the FUTURELIGHT™ collection through its paces, brushing up against the rough granite, highlighting its exceptional durability. 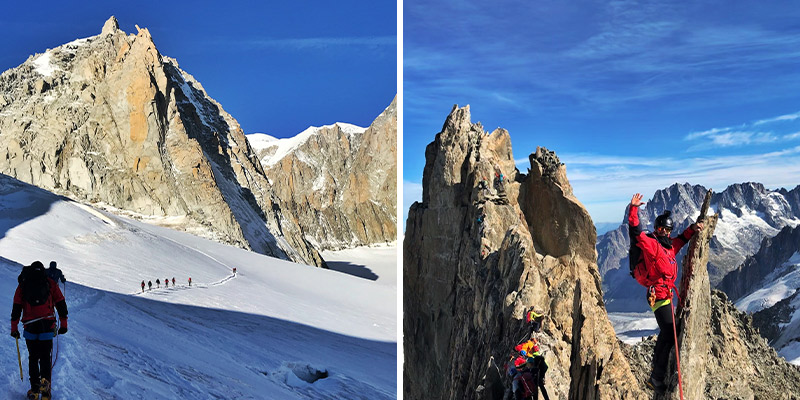 The final day of acclimatisation on the Mont Blanc Massif. 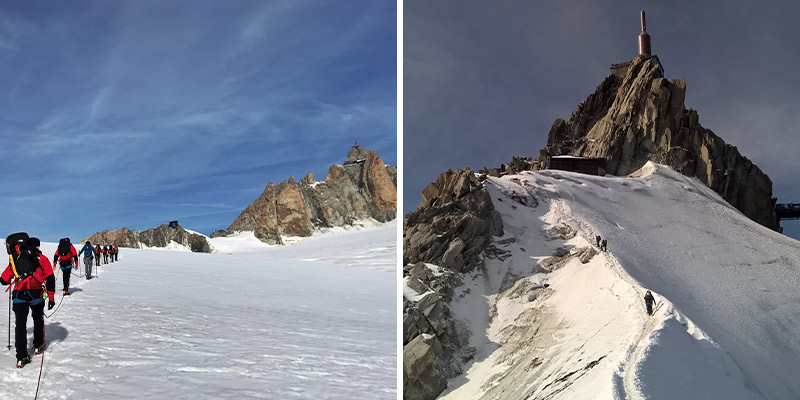 The team set off from the Torino hut across the glacier aiming for the Aiguille Du Midi whilst avoiding the many crevasses along the way. After a third day on the hill wearing FUTURELIGHT™ it was clear that the freedom of movement and softness of the outerwear was unlike any other hardshell we’d used before. 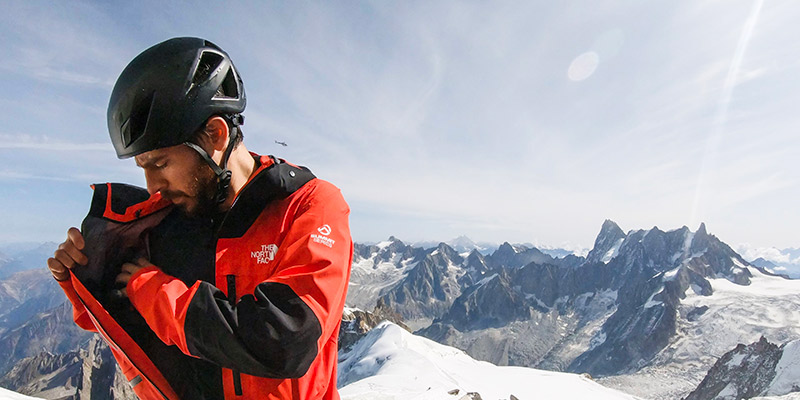 Returning to Chamonix gave the team the chance to freshen up and also speak with The North Face athlete and guide, Mike Arno – who was heavily involved in the development of FUTURELIGHT™. The team, in turn, shared their experience of the technology and how it performed over the last few days.

Final gear preparation, a quick trip on the cable car, then onto the Tramway du Mont Blanc up to the Nid d'Aigle (The Eagle's Nest) at 2,372m, before hiking up to the Tête Rousse Hut at 3,167m. 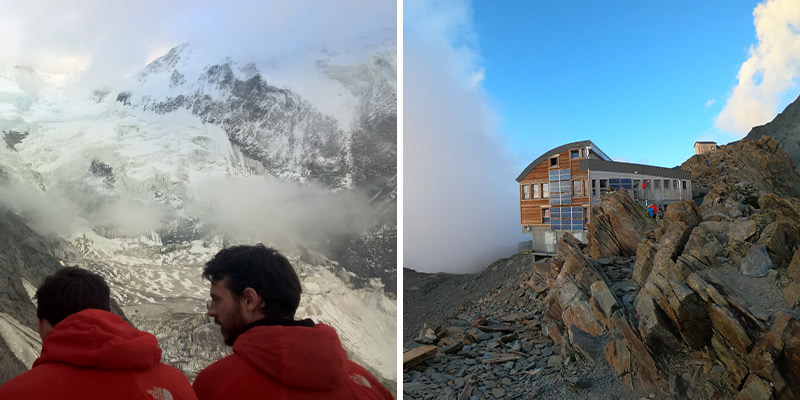 Settling in for the night at the Tête Rousse Hut (3,167m.

From there we were treated to yet another stunning sunset and contemplated tomorrow’s challenge, our week of training and previous months of preparation had come down to this moment. 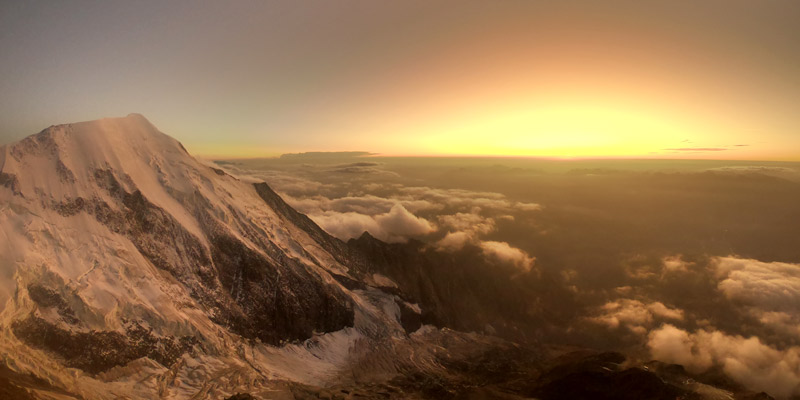 Sunset at the Tête Rousse Hut

An early start to ensure a safe crossing of the Grand Couloir (a notorious rockfall hotspot) where we then scrambled our way up to the futuristic-looking Goûter Hut. 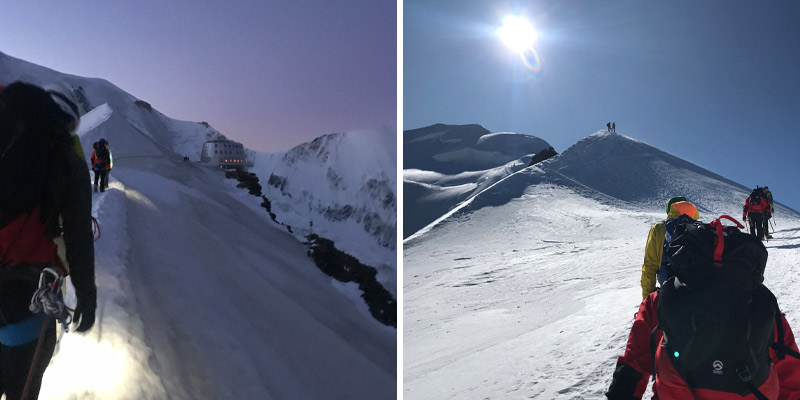 After a quick gear drop we then proceeded to make our way up the seemingly never-ending Dome du Goûter, we then traversed across to the Vallot bivouac where the climbing quickly became a little more technical.

From here the team trekked up the narrow Bosses Ridge and the final stretch to the summit of Mont Blanc (4,808m) where we experienced a huge sense of achievement, feelings of elation and breathtaking views. 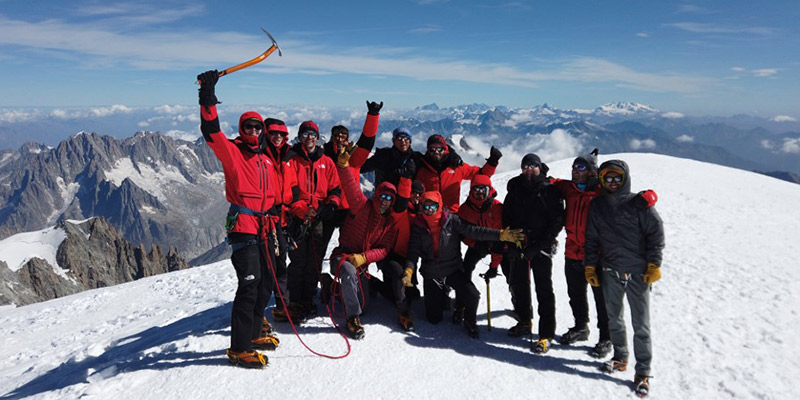 A big thank you to the team from Jagged Globe and of course, The North Face for making this epic trip possible. 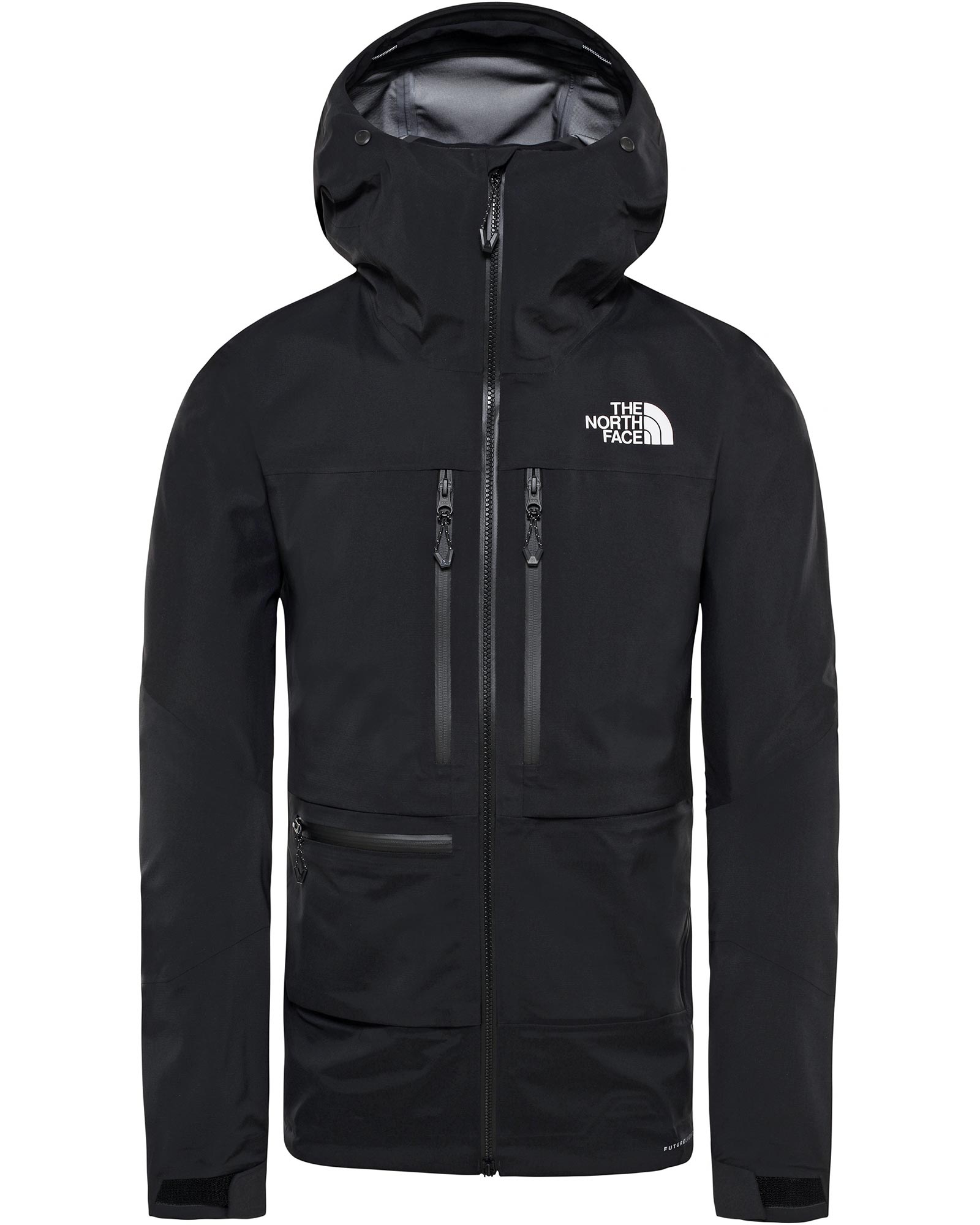 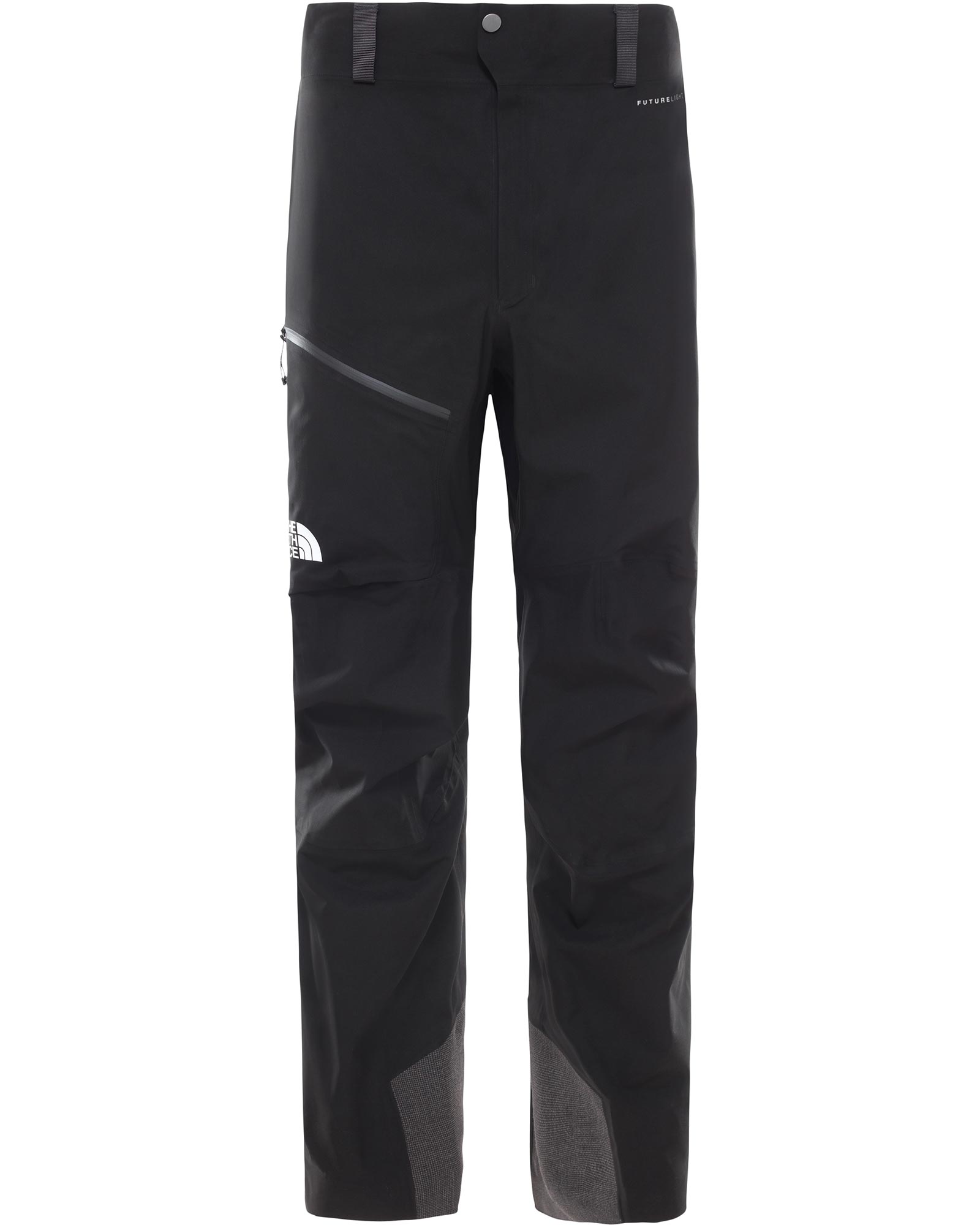 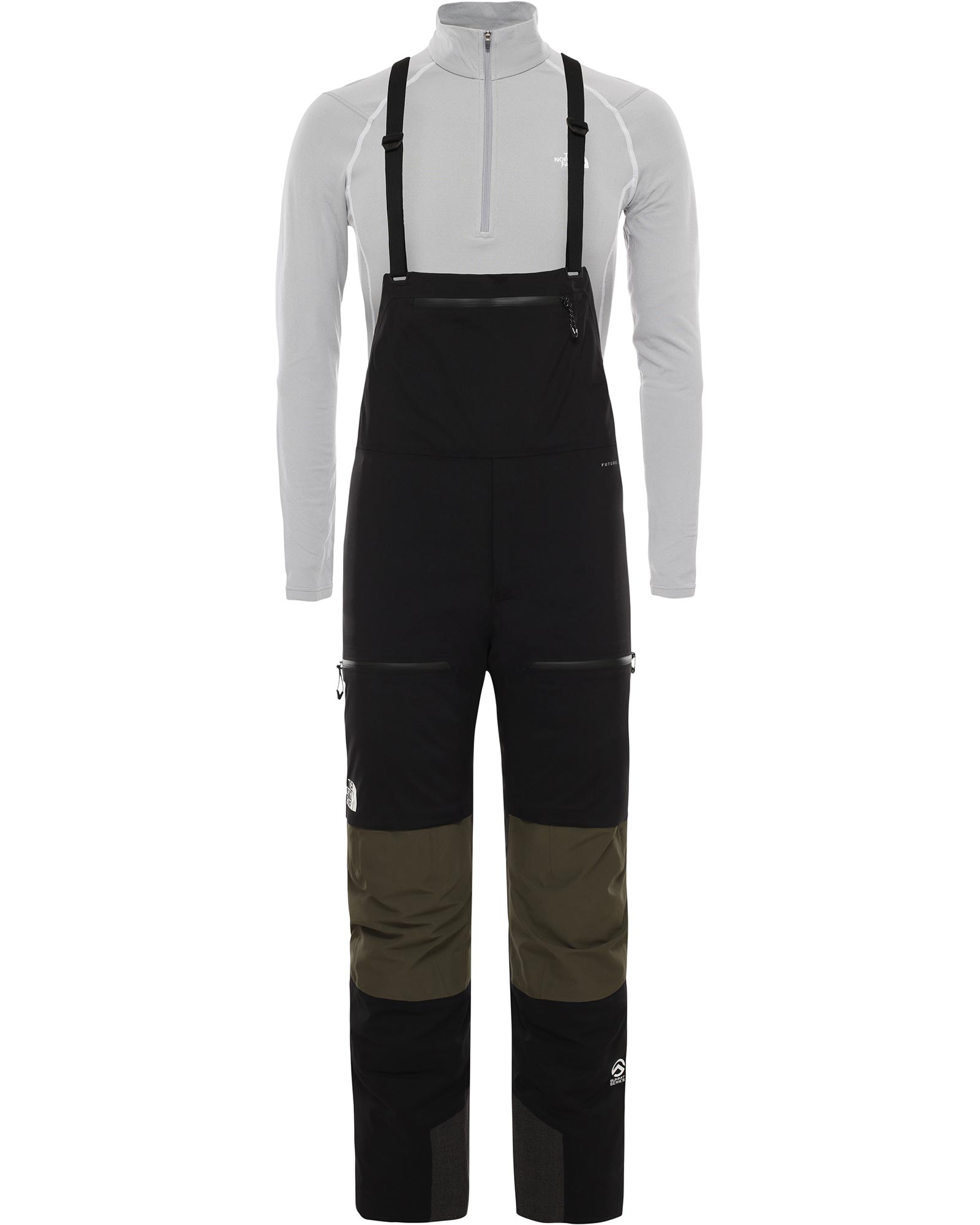