For climbers who are looking at travelling abroad, it's essential to understand how UK climbing grades translate onto foreign routes. Not only is this important for the safety of yourself, friends and other climbers, it also enables you to make the most of your time on holiday and challenge yourself confidently.

Below are the most widely used grading systems in the northern hemisphere. A good grounding in how these all compare should stand you in good stead. 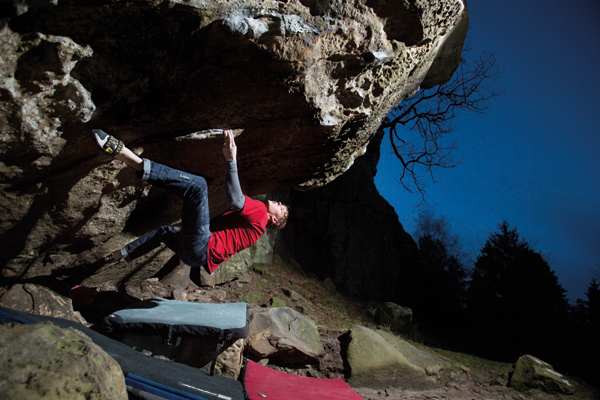 Originally created for grading boulders in the Fontainebleau area of France, this system has now been adopted by most European countries to grade bouldering crags and indoor problems. However, the scale is limited by the fact that it only takes into consideration how physically challenging the problem is and no other factors.

The scale starts at 1 and progresses upwards; the higher the number, the harder the problem. Once the scale reaches 6; letters 'A' 'B' 'C' and '+' can be added to discern difficulty, i.e. 6B+. The later the letter is in the alphabet, the harder the route is, i.e. 6A is easier than 6B. Addition of the plus adds further difficulty to the boulder. 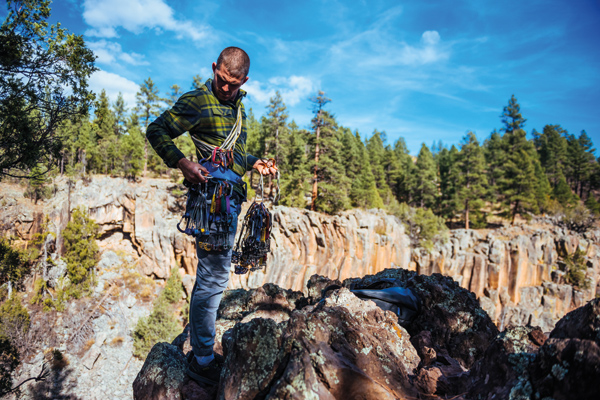 This system is made up of a combination of adjectival and technical grades:

An overview of the route that takes into consideration several factors – protection, rock texture, sustained difficulty, etc. It allows climbers to arrive at a route, understand the character of it, and attempt the route without any prior inspection or practice.

Easy, Moderate (M), Difficult (D) or Exceptionally Severe (E1, E2, E3) classify the severity of the climb, with the addition of Hard (H) and Very (V) Further dividing the grades.

The second part of a British Trad grade; it refers to the hardest move on the entire route, irrespective of whether it is one move at that level or ten. This mirrors the Fontainebleau grading system but without any '+' signs. i.e. 3b is easier than 3c. 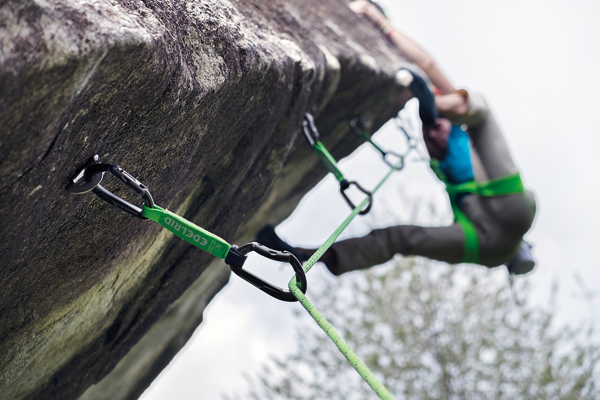 The UIAA is the International Climbing and Mountaineering Federation's grading scale. The scale format is Roman numerals starting with 'I' as the easiest grade and as the numerals increase so does the difficulty. Plus '+' or minus '–' signs can be added to the end of the numeral to indicate if the route is at the upper or lower band (difficulty) of the grade.

The UIAA grading system has been adopted by Germany and most of Eastern Europe for bolted sport routes, mountain routes and indoor sport. 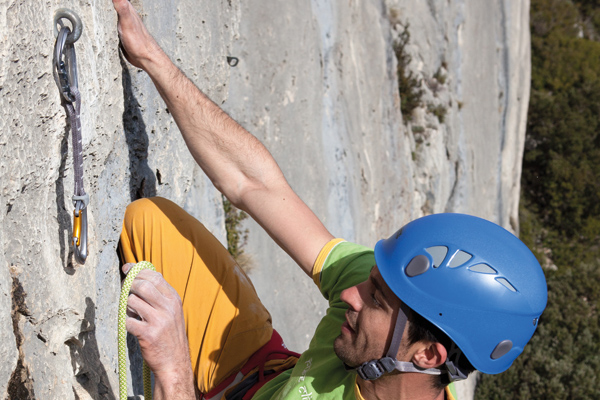 An open-ended scale, covering France and most other countries for bolted sport routes, it describes the overall technical difficulty and strenuousness of the route. The easiest grade is 1; letters 'a' 'b' 'c' and '+' can be added to discern difficulty, i.e. 4c+. Similar to the Fontainebleau bouldering grade, the later the letter is in the alphabet, the harder the route is i.e. 3b is easier than 3c. Addition of the plus adds further difficulty to the boulder. 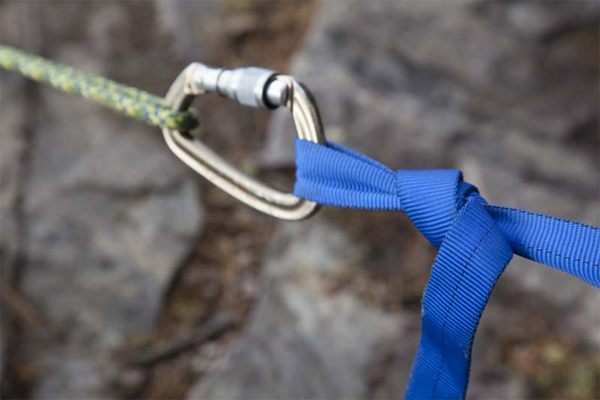 The Saxon Swiss Grade is a unique grading scale that takes into account the unusual protection used (knots and slings) to preserve the soft sandstone of the Elbe Mountains. Used in East Germany, Czech Republic and Slovakia.

Roman numerals denote the difficulty with 'I' as the easiest grade. As the numerals increase so does the difficulty. At VII letters 'a' 'b' 'c' can be added to the grade to highlight the difficulty further. The later the letter is in the alphabet the harder the route is i.e. VIIa is easier than VIIb. 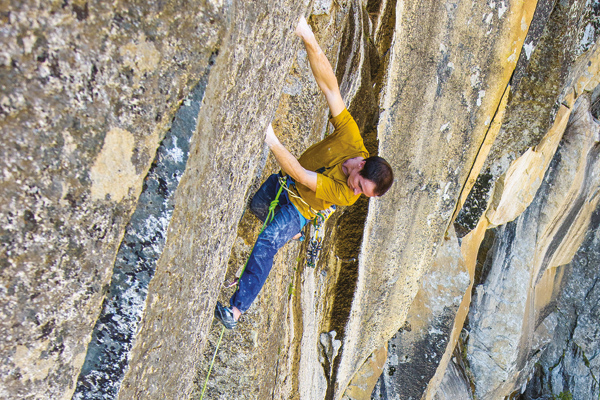 North America is home to some of the world's most technical climbs. To cater for this, the Americans developed their own system to work in tandem with these advanced routes. This system covers all roped climbing disciplines on the continent (be aware that different disciplines that have the same grade can vary in technical difficulty).

The scale starts at 1, with scrambling at 4, and vertical climbs at 5. Addition of a second number showcases the difficulty within the climbs 5.2, 5.3 etc. Letters "a" (easiest), 'b', 'c', or 'd' (hardest) can be added to the grade number to provide a more accurate listing. 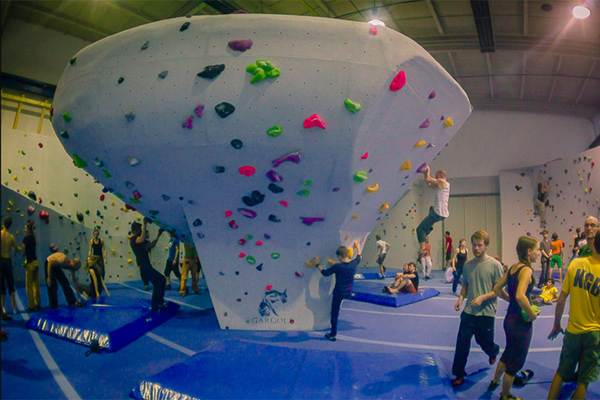 The American 'V' grading scale for bouldering (named after John 'Vermin' Sherman - a pioneering boulderer) came about in the 1980's long after the font (Fontainebleau) grade. Often found in UK bouldering gyms, the open-ended scale starts at VB (basic), then V0, V1 and so on. The higher the number after the 'V' the harder the problem is.

It is worth noting that with each V grade the problem can be referred to as hard or soft. i.e. a soft V11 is easier than a V11. . 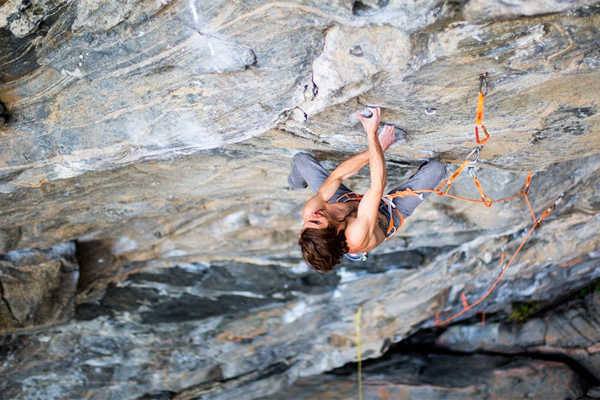 Very similar to the UIAA format except that the same numbers represent much harder grades. For a number of years the Scandinavian mindset was that grade 6 would always be the hardest possible route. Therefore, this closed system became out of sync with the open-ended UIAA.

This chart is a guide that should be used as exactly that – a guide. Different climbing disciplines require different skills, strength and technical ability. Be aware of this as you assess potential routes.