“Don’t like the weather? Wait five minutes”. Seth Hobby is American, but after six years of working as a guide in the Lofoten mountains he’s starting to get almost as good a grip on the terrain, weather and the snow as a fourth-generation fisherman from Lofoten has on the fish banks, the current of the sea and the waves. And he’s right. Suddenly it’s changed. Five minutes ago, it was like standing in an igloo with a snow maker on full blast. Now the sky is blue, sun rays are making their way down hitting the fantastic view of mountains anchored in turquoise water, where even more potential lines to ski are revealed on the other side of the fjord.

Again, the cliché makes sense; the Lofoten islands are made of contrasts. Sky meets mountain, mountain meets ocean. Snow vs water. Blue vs white. Ski tourism alongside the fishing industry. One moment it’s the stormiest weather you’ve ever experienced, the next it’s sunny and the air is calm. If you go to Lofoten for skiing you will encounter the total package; the weather, the landscape, the view, the ocean, the history, the adventure… and hopefully the good snow.

We still have some hiking ahead of us before we reach the place where we’ll adjust our boots and point our ski tips down towards the fjord. It’s the first-time skiing in the Lofoten Mountains for Christine Hargin and Tobi Tritscher, Even Sigstad is definitely not a Lofoten first-timer, but as we stop and enjoy the view for a moment we are all mesmerized. Just as fast as the weather cleared up, there’s a new wall of snow and wind coming in from the ocean, and it’s hitting us even before we have time to post a picture on Instagram. Around 500 meters above sea level the temperature is still on the borderline between wet and dry, and we’re unsure about the snow quality of the face we’ve picked. The past week we’ve had rain, sleet, hail, snow, stormy weather and beaming sun, which can make the snow conditions somewhat variable, not uncommon in Lofoten.

Christine is on the flank of a top where she picked her warm-up run, to get a feel of the snow. The wind has been pretty rough during the night and even though the fresh snow looks tempting it’s important not to lose your head. Christine chooses safely; a shorter line with an open face without any cliffs or terrain traps can be crucial if the snow starts to move. And that’s exactly what happens. It cracks up after only a couple of turns, and Christine is dragged along with the snow further down the line. It ends well, because of the precautions that were taken. We take this as an important sign from nature; this is not the day for the big, steep and exposed lines. We’re happy to have our guide Seth with us, reap his knowledge and experience both when it comes to safety precautions and seeking out the best snow at all times.

Our ambitions of hardcore big mountain skiing are lowered by the existing conditions. We’re a little disappointed, wanting to show our guests the most badass big mountain skiing Lofoten has to offer. But at least we’ve been skiing a lot throughout the past week – in rain, stormy weather, sun and some fresh snow. The experience of Lofoten is one of a kind, even if you’ve been there many times before. Apart from the skiing and the view, the ocean and the food you get here is worth the package price alone.

It’s late in the afternoon when we’re down from the mountain, but we’ve just enough time for a short stop in the sauna and a dip in the Arctic Ocean before yet another fantastic home cooked and locally produced dinner is served at the Lofoten Ski Lodge. Before dinner we also try to make time for the daily portion of Lofoten-bragging while drinking the locally brewed beer together with the rest of the guests. You’ll find Swedes, Americans, Swiss, French and Norwegians on the guest list here. And then you also have the guides, that come from all over the world. This feels like a real heliski-lodge, full of hardcore skiers, except it smells fish rather than heli-fuel.

Throughout one week, our experience has ranged from classic touring in spring slush, to steep couloir skiing with demanding conditions, climbing peaks with hail coming in sideways, forest skiing in powder similar to what you’ll find in Japan, as well as blue skies, sun, fresh powder on top of the highest and most alpine mountain peaks in the archipelago. In other words; we’ve experienced the total package in classic Lofoten style.

The easiest and most expensive way is to fly to Bodø with SAS or Norwegian and then fly to Svolvær or Leknes with the Widerøe airline. An alternative would be to fly cheap to Evenes with SAS or Norwegian, and then spend a few hours in a rent-a-car or bus west to Lofoten. In any case, a rental car would be highly useful for getting around.

Lofoten is a tourist magnet with accommodations in all categories. Some are closed in the winter. Suggested starting points for trips would be Svolvær, Kabelvåg and Henningsvær. Check out Lofoten Ski Lodge, where they offer both accommodation and guiding. www.visitlofoten.com gives an overview of the rest of the possibilities, and then call around to check prices and availability at “rorbuer”, fishing huts, hotels and cabins.

Northern Alpine Guides is based in Lofoten and run by Seth Hobby and his wife Maren Eek Bistrup. Read more on alpineguides.no or contact them at seth@alpineguides.no

The Norwegian alpine ski touring book “Toppturer i Norge” from the Fri Flyt publishing house covers a few tours in Lofoten. You can also Google information about trips in the area. If you are a newcomer, it would pay (both in terms of the experience and safety) to hire a guide or hook up with local ski enthusiasts. 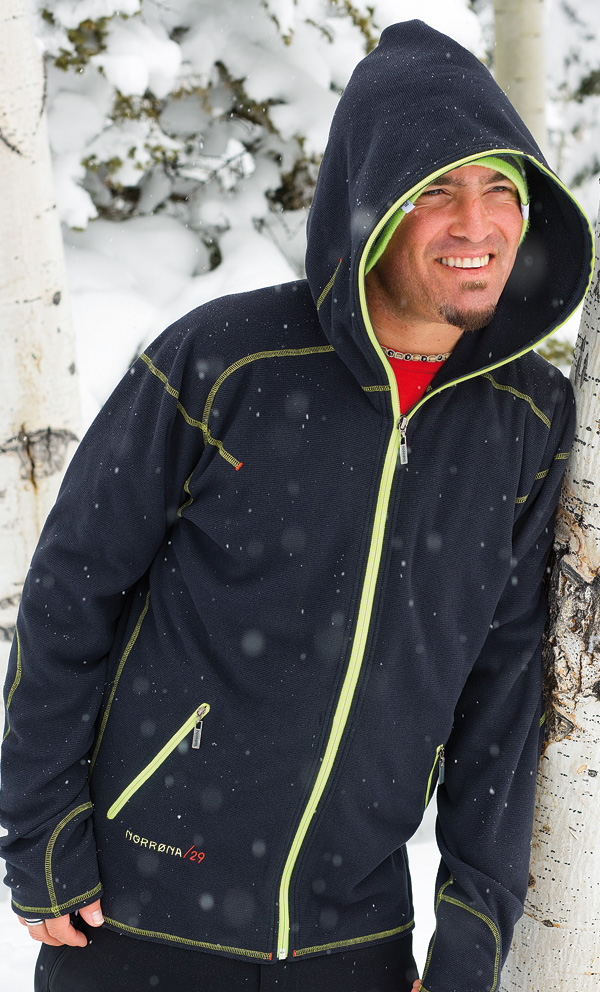 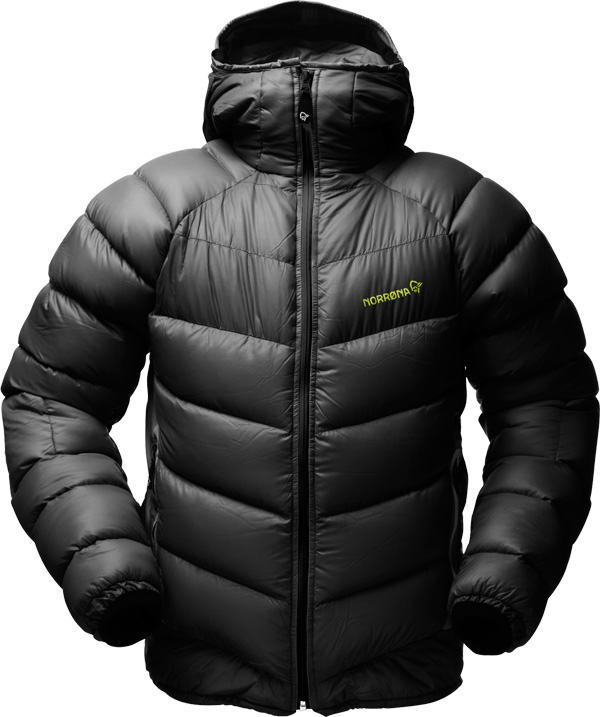 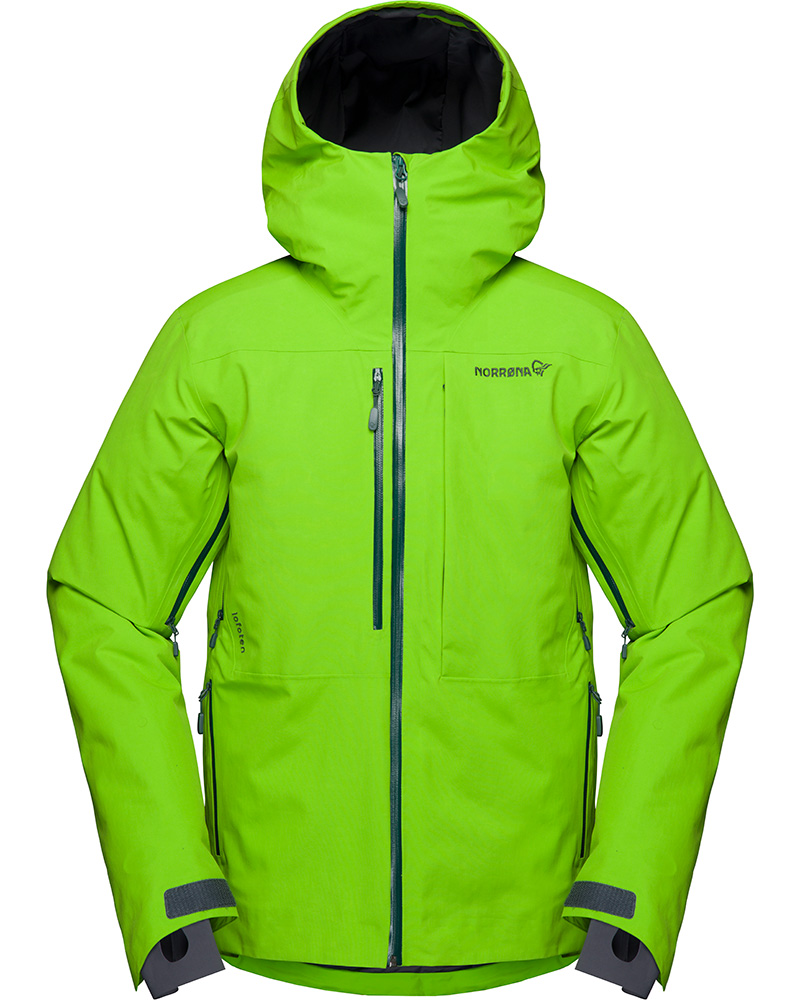 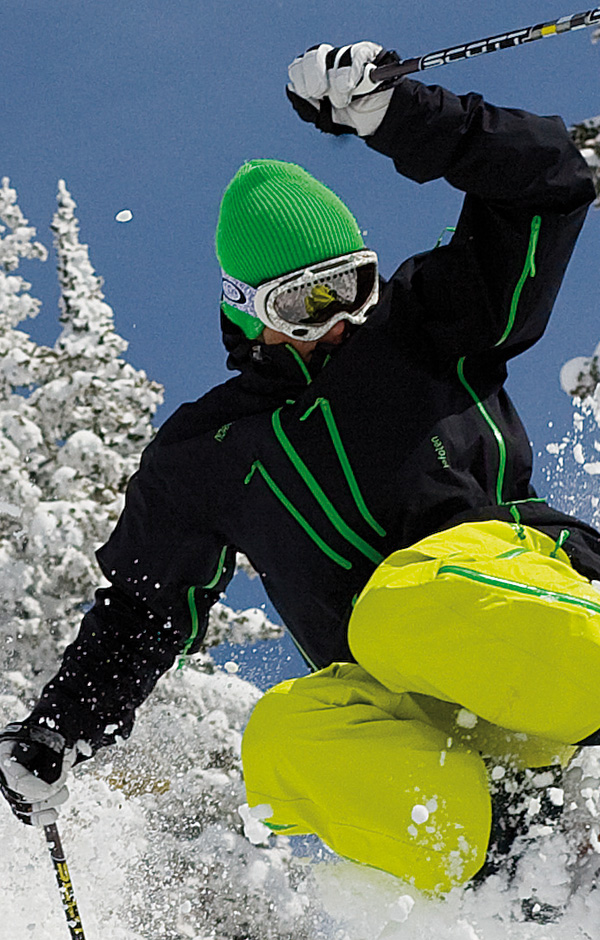