9 Ski Resorts You've Never Heard Of But Need To Visit

When it comes to skiing and snowboarding holidays it's often the big resorts that get all the attention, but that also means they get all the visitors. If you're looking for something a little different from your trip, or you want to avoid the crowds for a more peaceful time on the slopes, it can be worth exploring some of these lesser-known ski resorts... 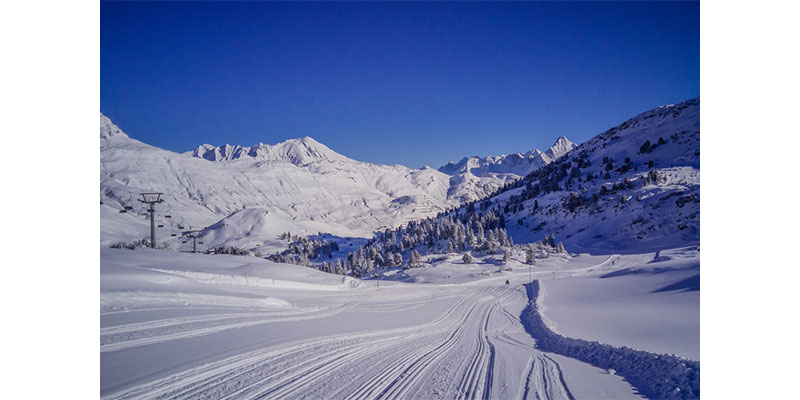 Even with exceptional snowfall, Warth is one of the quieter areas of the world-famous Arlberg area largely due to being overshadowed by the surrounding ski towns. However, thanks in large to the development of the Auenfeldjet gondola, connecting Warth to the popular and luxurious Lech, you can now enjoy access to 305km of linked runs throughout the whole Arlberg region.

As Warth-Shröcken has managed to maintain a traditional alpine village vibe (for now!) you can enjoy the best of traditional hospitality and their 62km of local slopes or venture further afield for more variety. 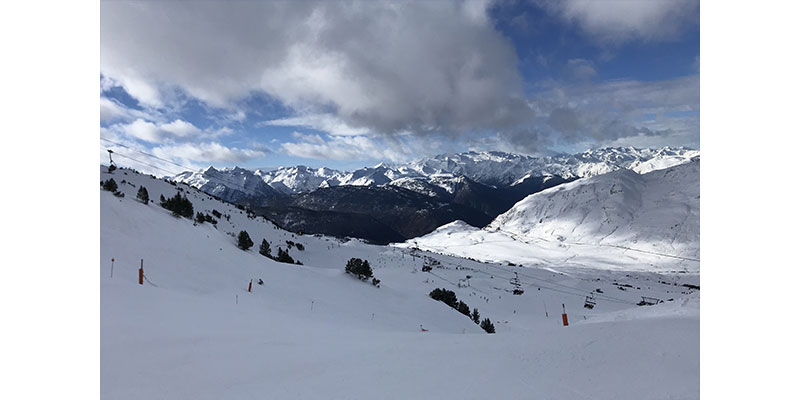 While popular with many, including the Spanish royal family, Baquiera-Beret is relatively unknown to the UK skiing and snowboarding community. It is the largest winter resort in Spain and due to its location in the Pyrenees and consequent Atlantic climate, it has a fantastic snow record from November through to April.

It boasts 161km of marked pistes to accommodate all levels of skiers and those who like an early start will be rewarded with practically private runs until about 10 am, the Spanish are not known as early risers. For the more advanced adrenaline junkies, heli-skiing is available to explore the backcountry. 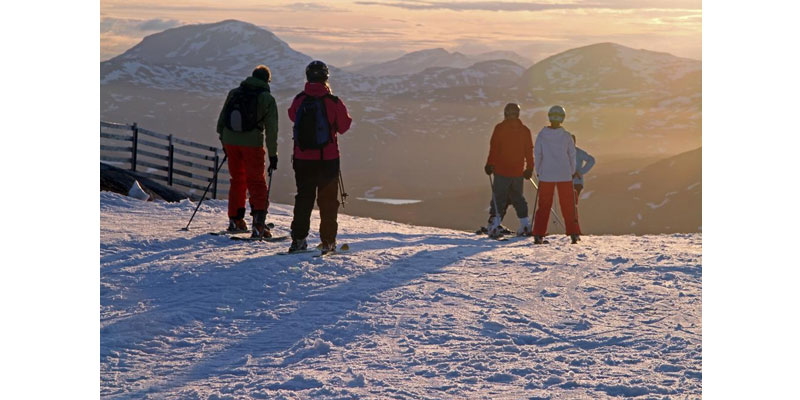 Once depopulated due to the unmanageable levels of snow, Riksgränsen now offers a Swedish backcountry skiing paradise. Sitting 200km north of the Arctic Circle they get excellent snow between February and June but the best months for powder are March and April, conveniently the Aurora Borealis season ends in April so if you’re lucky, you’ll get the best of both.

Later in the season, you can enjoy touring under the alluring midnight sun, earning your turns in the mesmerising light. For those who prefer sticking to the piste, 6 lifts serve 29 runs and on selected days from the end of May, these lifts will operate late into the evening. 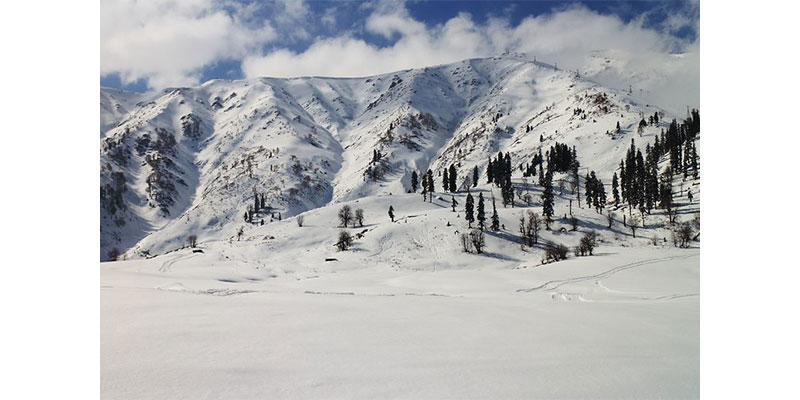 Considering their history of conflict in the area, Gulmarg is not your average ski resort. They have a relatively short season that runs from January to mid-March with just one lift that serves the piste. The Gulmarg Gondola is the highest ski lift in the world and ascends to an elevation of 3,980m up Mount Apharwat on the edge of the Pir Panjal peaks. Once at the top of the Gondola you have access to a 5km ridgeline where you can opt for going down the piste or take a huge opportunity to explore endless lines of untracked, Himalayan powder.

Hiring a responsible guide (be wary of moonlighting locals with no official training) will give you the best opportunity to seek out incredible spots that few know about but will also add a little extra safety as they will ensure everyone has and is taught how to use an avalanche transceiver, shovel and probe. Definitely one for the more intrepid powder hound!

For those looking to bag time on the slopes on a budget, look no further than Mount Olympus. Their ski season typically lasts from January to April which coincides with the best time of year to find cheap flights. They have 5 ski lifts to accommodate a range of runs for beginners through to more advanced routes for those seeking a thrill.

With Cyprus typically regarded as a haven for sun-seekers, Mount Olympus turns into a magical winter wonderland during the winter months. While it’s not a huge resort, it is ideal for midweek escapes and weekend getaways that don’t cost the earth, with a day lift pass costing just €20 and equipment hire starting at €15. 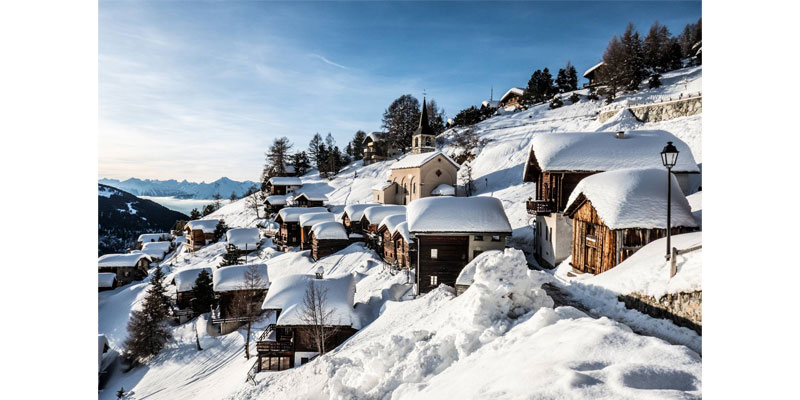 Nestled between Verbier and Zermatt, Val d'Anniviers has managed to retain an authentic core and has a real cosy, traditional ski village aura about it while offering some of the most scenic views in Switzerland. If you are on the hunt for lively après activities then look elsewhere; this is the place for quiet lifts, uncrowded pistes and being able to get a table at the mountain restaurant without making a reservation beforehand.

A combination of gondolas, chair-lifts and t-bars serve 220km of piste over 3 skiing areas so there is plenty to keep you entertained for a week or so. Heading off-piste will allow you to see more of the valley’s splendour for yourself, there are guides and routes available for all abilities and desires.

A bucket-list-worthy backcountry resort offering 70,000 acres of powder, Whisper Ridge is one of the largest of its kind in the world. There are no pistes or gondolas but Snowmobiles, Snowcats and Helicopters will take you right into the heart of the Wasatch Mountains to ensure you get the best conditions on offer.

A typical day with their highly experienced guides on a heli-skiing trip might cost a pretty penny or two but promises up to 12 runs or 20,000 vertical feet per day of fresh tracks for you to relish until the sun goes down, conditions permitting of course. Breakfast and lunch are included in your trip for the day, while multi-day adventurers can stay in their luxury, all-inclusive, mountain-top yurt village and enjoy breath-taking views of the Wasatch Range. 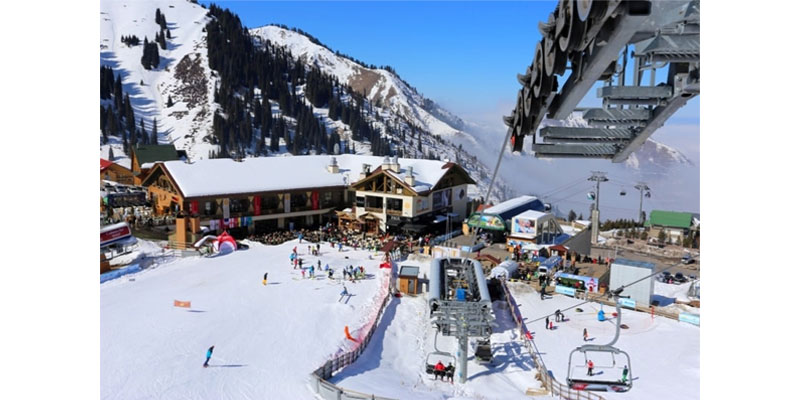 Once the training ground of Soviet skiers, Shymbulak sits 2260m up in the Zailiysky Alatau gorge of Kazakhstan. Just a 25-minute drive from Almaty International Airport it is easily accessible and boasts 7 lifts and over 20km of slopes. They average over a metre of snow cover from November to April and enjoy more than 300 sunny days throughout the year offering great odds on the likelihood of bluebird conditions.

Those who love to spend every possible minute on the slopes can enjoy extra time on Thursday and Saturday evenings when floodlights illuminate the runs for a safe and enjoyable experience of night skiing. 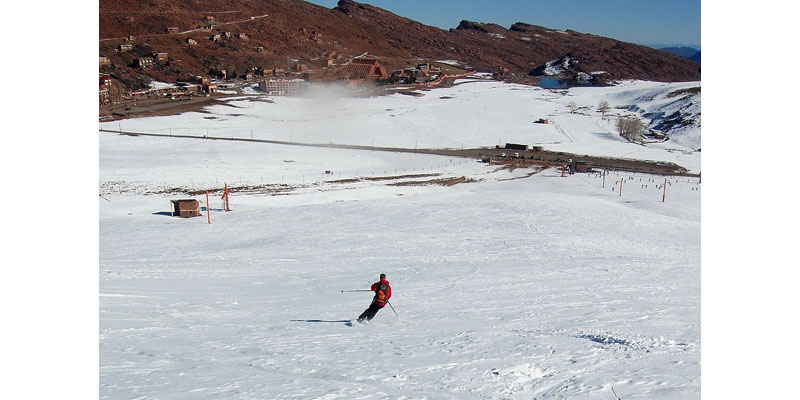 Skiing is not the first thing that springs to mind when planning a trip to Africa but up in the High Atlas Mountains sits Oukaїmeden Ski Resort. The winter snow collects on the west-facing slopes between January and March leaving plenty of terrain for some casual, laid-back skiing. While the pistes won’t satisfy the hunger of speed-demons or advanced skiers looking for technical terrain, it does offer spectacular views across the dusty African landscape, even as far as the Sahara on clear days.

There are popular backcountry ski-touring routes to explore for those fully prepared and informed on avalanche training, a good level of fitness is also required for these given the isolated location. Being just 50 miles east of Marrakech, Oukaїmeden offers a slightly more unconventional option for intrepid travellers passing through on their journey around the globe, though be warned, much of the rental gear available is retro… at best.