Some of the world’s best climbers call the UK home and considering the landscape it should really come as no surprise. Fantastic crags are scattered all over the UK, with a huge range of routes available to everyone, but every now and then these hotspots are host to history being made.

This blog highlights some of the most iconic trad climbing routes in the UK that have, and continue to, inspire climbers all around the world to push their own skills and maybe even pay a visit. 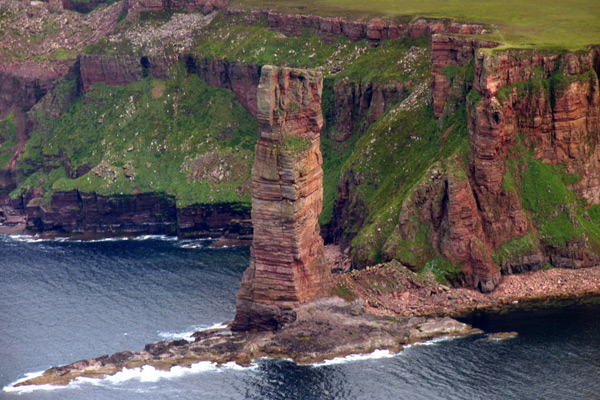 First climbed in 1966 by Sir Chris Bonington, Rusty Baillie and Tom Patey, The Old Man Of Hoy on the Orkney archipelago is firmly cemented in the trad climbing hall of fame and will likely be on the to-do list of climbers all across the globe. Its fame was taken to a whole new level thanks to a live televised climb in 1967, with 6 climbers (led by Sir Chris) tackling 3 different routes, reportedly watched by 15 million people.

Sir Chris Bonington returned again in 2014 to climb the sea stack in celebration of his 80th birthday and to raise awareness for motor neurone disease which his wife had sadly succumbed to shortly beforehand. 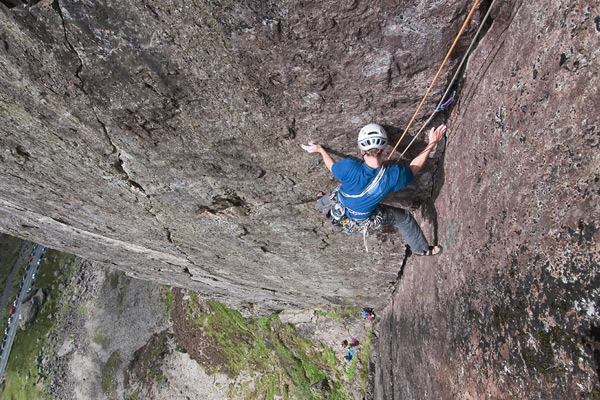 Cenotaph Corner was on the climbing radar long before it was successfully climbed. Many prolific climbers attempted it decades before but Joe Brown was the first to send it successfully in 1952 with his climbing partner Doug Belshaw. It was a significant time for climbing with a host of talent pushing the limits of ever-developing kit. Today, Cenotaph Corner sits among many other significant routes along the Llanberis Pass. 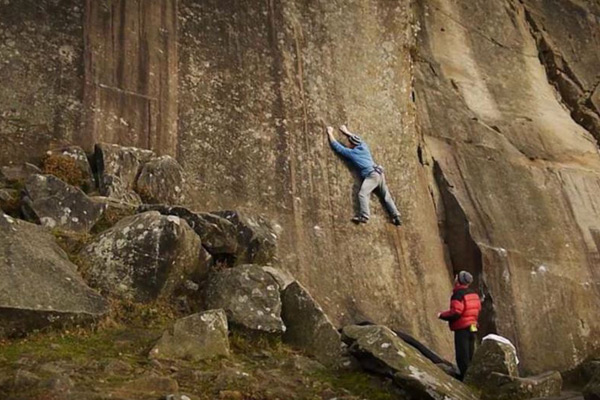 Downhill Racer was first ascended in 1977 by Pete Livesey, an avid fan of minimal gear which garnered the attention of many in the sport. He developed and maintained a strict training regime allowing him to climb stronger and harder than he had ever done before, enabling him to tackle some pretty gnarly routes throughout the 70’s. The rough gritstone in this area was once used as a source of millstones and there are many half-completed ones scattered around the bottom of the area.

A Dream Of White Horses 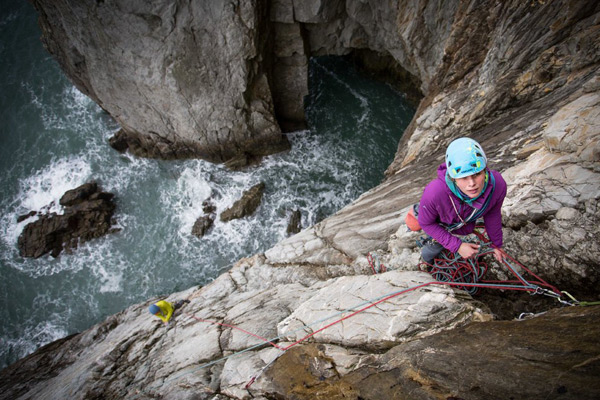 First climbed by Ed Drummond and Dave Pearce in 1968, this route takes you on a rising traverse across Wen Zawn. Although the climbing isn’t considered too technical, the atmosphere that the surroundings create, along with the exposure (and consequences of a fall) is what makes it so exhilarating for those who enjoy time on the rock. There are many other quality routes in the area but few that are preceded by such a promising reputation.

Sir Chris Bonington, John Cleare and Tony Greenbank claimed the first ascent of this route in May of 1965, but climbing on this route is now only permitted from October to mid-March as a matter of public safety.

Its popularity and proximity to the road, and other tourists below, mean the potential for harm to be caused by falling rock or gear is much higher than what is considered normal, thus during busy periods it is closed. In addition to this for those who do make the trip to climb at the very accessible Cheddar Gorge, it is mandatory to have civil liability insurance and proof must be carried with you as spot checks are regularly made by the warden. 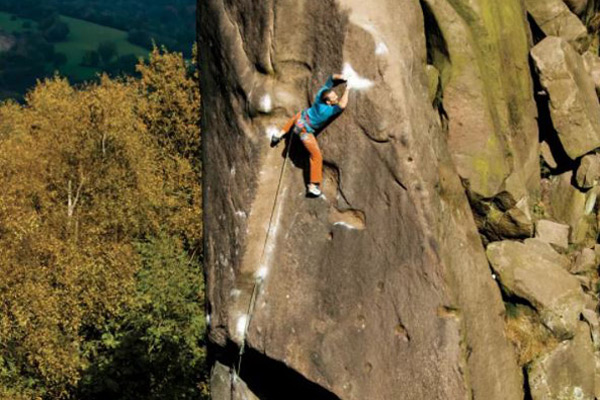 Gaia was first climbed by Johnny Dawes in 1986 and is one of the routes featured in the film Hard Grit in particular, the opening scene sees French climber Jean-minh Trin-Thieu endure one of the most iconic climbing whippers to date which resulted in his broken leg. The smooth texture of the gritstone makes for strenuous and perilous climbing leaving some of the harder routes a little neglected. 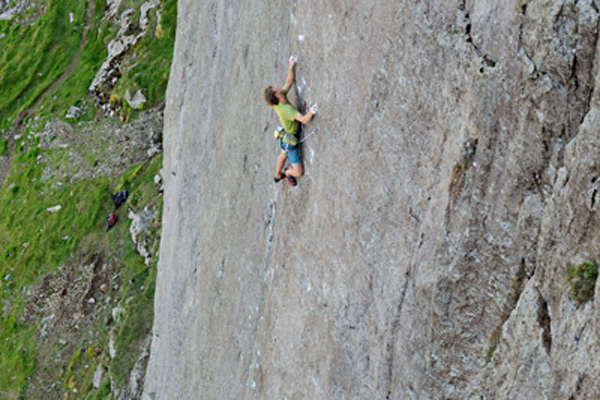 Another of Johnny Dawes’s many first ascents, Indian Face is one of the most difficult climbs in the area. It has minimal gear placement and a fall would be harrowing for all involved. This would explain why it remained unrepeated for nearly a decade before Nick Dixon and Neil Gresham took the 2nd and 3rd ascents within a week of each other in 1994. 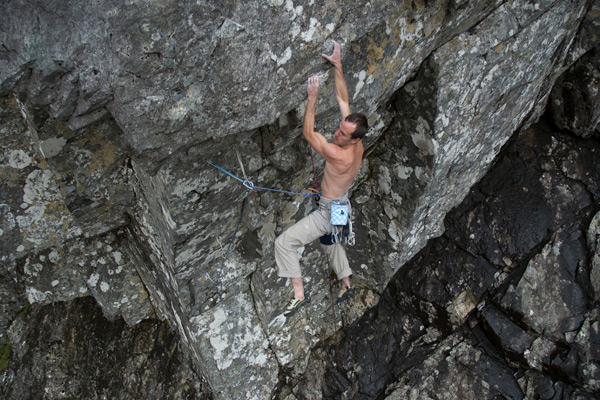 Sent by Dave MacLeod late one evening in 2008, this was the fruits of a very personal project over a 2-year period. He spent much of this time training, observing sections of the route and top roping it with the aim of linking different sections on a secure line. In the run-up to the first ascent, he even spent time shovelling snow from the top of the crag to help increase the number of dry days on the route. A climb described by Dave himself as “harder than anything else [he] had been on”, offers a degree of explanation as to why the route is yet to be repeated. 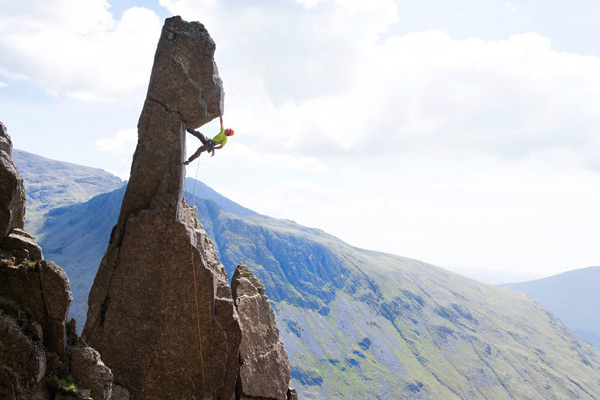 First climbed by Walter Parry Haskett Smith in 1886, his ascent is considered to have marked the birth of rock climbing as a sport in its own right. Many climbers like to tick the route off their list simply to climb in the steps of the Father of Rock Climbing. It’s considered a tricky climb but the descent is often regarded even more so with no obvious anchors to abseil off, it has claimed a number of fatalities as a result over the years.