10 Destinations You Need To Visit For The Food

With the advent of Jack’s Flight Club, Holiday Pirates and other weekly flight deals there are plenty of cheap tickets to all sorts of destinations across the world. One of the best ways to immerse yourself in a new country and its culture is to try dishes that are specific to that region.

Here at Ellis Brigham, we’re big fans of travelling and adventures so we’ve collated some of our favourite foods we’ve sampled in foreign lands to hopefully inspire you to get out there and try them for yourself.

This dish is often referred to as carrot cake despite it having no carrots in it. Instead, the main ingredient is cubed white radish and rice flour which is mixed with fried garlic, eggs, preserved radishes and sweet soy sauce.

Locals love this healthy meal and as a result it can be found at street vendors and in the classiest of authentic restaurants. And in case you were wondering about the name – like lots of great things it came from a mistake, in translation. 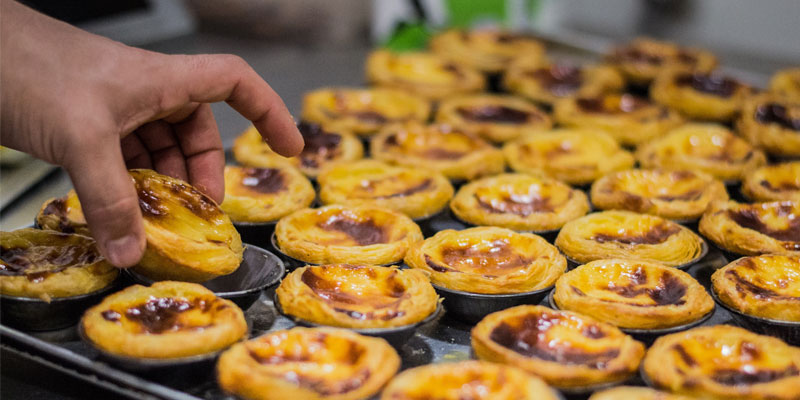 Originating from the town of Belem on the outskirts of Lisbon, Portuguese ‘custard tarts’ are wonderfully indulgent and buttery, pairing well with a coffee in one of the capital’s many squares.

Today, the egg tarts can be found all over Portugal and are best eaten when still warm. 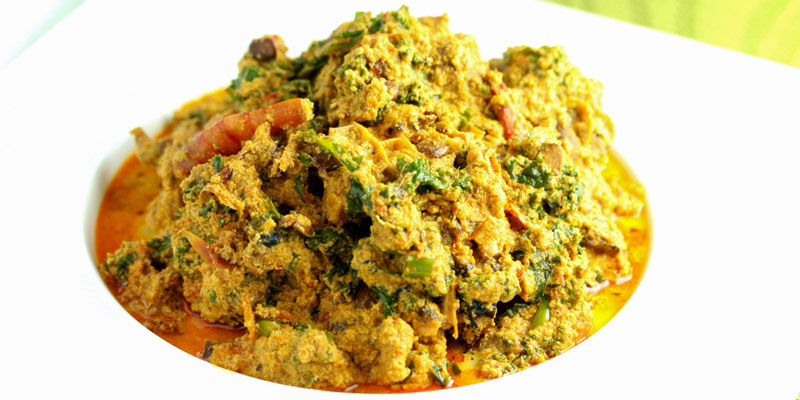 A soup made with ground melon seeds, various meats, dry fish, pumpkin leaves, stock and other flavourings; you’ll find variations of this meal throughout west Africa. The end result is a thick and nourishing yellow soup that will provide you with plenty of energy for the day's adventures.

Poutine is similar to a dish that is often found in the north of England… It’s chips, cheese and gravy. Well to be specific, the cheese is in fact curds which provide a squeaky and juicy layer to the simple dish.

It was once ridiculed throughout Canada as an unhealthy snack before becoming loved by all, resting alongside maple syrup as a national symbol of pride. For a more substantial meal, you can often ask for smoked or bbq’d meat on top of the poutine. 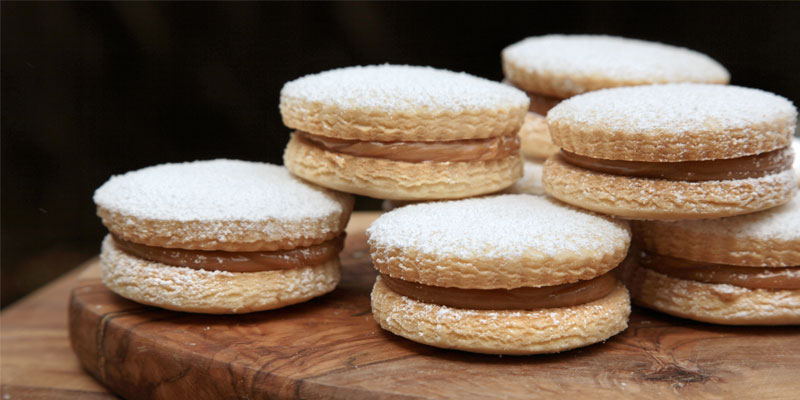 A sweet treat to that’s perfect for treks, this biscuit is two shortbread discs which house a generous portion of dulce de leche in between them – get ready for the sugar hit.

Vada pav is synonymous with Mumbai and is available on most street corners throughout the city.  It’s a heavily spiced potato burger that is coated in chickpea flour and then deep-fried. It comes served on a dinner roll with a sweet and spicy garlic chutney accompaniment and is about as cheap as it gets for food. 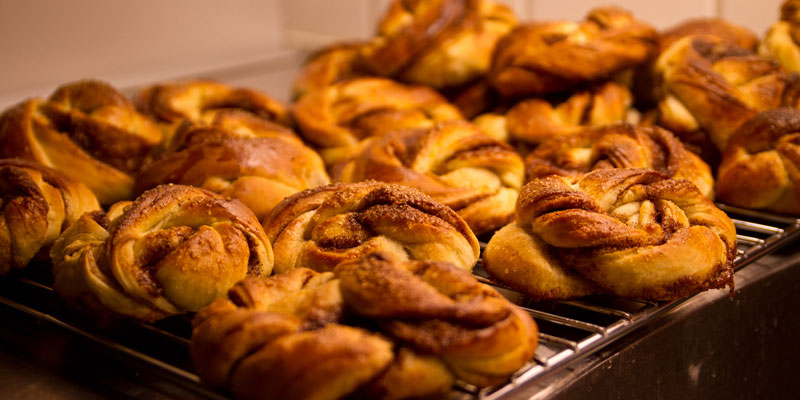 If you’re invited to a friend’s house for coffee in Sweden then it will almost always be served with Kanelbullar or cinnamon buns. These are not your average cinnamon buns though - they are made with a hint of cardamom and a lot less icing for a more subtle and light taste. 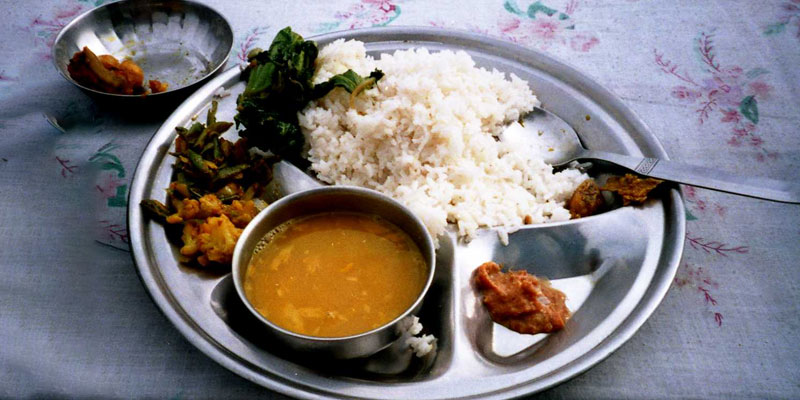 A lentil soup and rice or roti dish that normally comes with seasonable vegetables and a chilli sauce. This hearty meal is eaten by locals for breakfast, lunch or dinner and is something you’re bound to encounter on the way to Everest Basecamp. 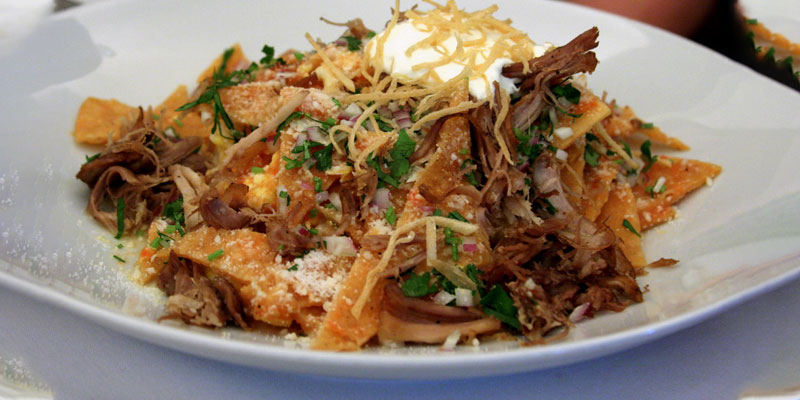 One of the most common Mexican breakfasts or brunches, chilaquiles is the perfect food to wake you up in the morning, after a big evening, and get you going for the day ahead.

A handful of tortillas are gently fried then covered in cheese, salsa, pulled chicken and egg before being topped off with a sprinkling of cream, onions and tomatoes. 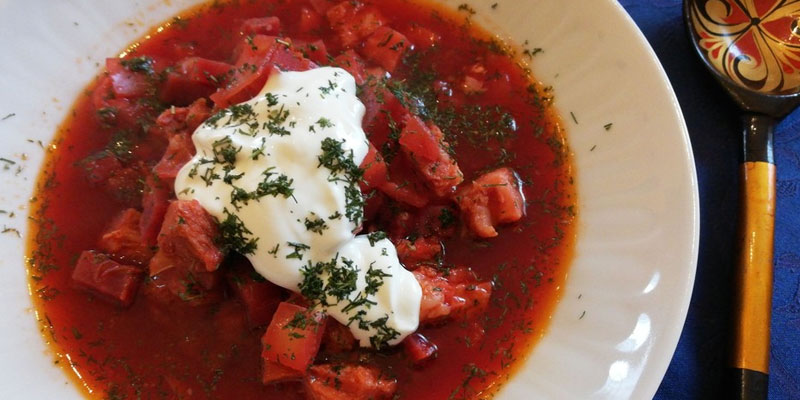 A bright and colourful soup that is popular among a lot of eastern European countries, Borscht is shredded beetroot, carrots, onion and cabbage. It has an earthy yet light taste which is full of fibre and vitamins, low in fat and can even help to lower blood pressure.

It is usually served with sour cream, some cracked black pepper and lemon juice.