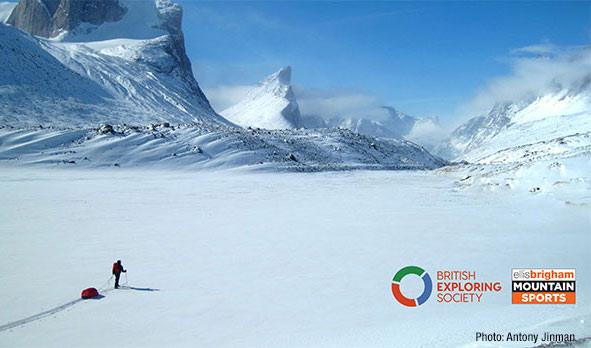 We've brought together three individuals for three talks unlike any other in our Covent Garden store this autumn. Alex Gregory, Zanna Baker, and Vijay Shah, are all British Exploring Society alumni who have engaging and inspiring stories to tell about their experiences on frozen ice caps, crossing continents and competitive sport.

British Exploring Society (BES) is a world-class youth development charity with a unique heritage, founded on the belief that challenging experiences can change lives, empowering and equipping young people with the courage, skills, resilience and determination to make the most of their future.

BES prepare and take young people on expeditions to remote locations where they face challenges, gain skills and learn about themselves - as well as acquiring knowledge relevant to their lives and to the fragile environments that they explore.
The results are transformative – not just in terms of practical skills and resilience, but in a new-found confidence and self-belief which they carry forward to their future life.

More than this, through their adventure together, our young people forge friendships for life and become part of a unique, supportive and expanding community of explorers with shared experiences, values and perspectives on the world.

Read more about the speakers below. Tickets are £10 with all proceeds going to British Exploring Society. 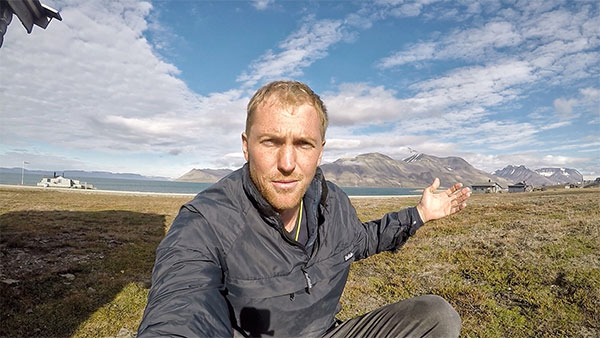 In the summer of 2017, Alex joined a pioneering Arctic rowing expedition with the goal of becoming the first crew to row across the dangerous and inhospitable Arctic ocean. The international crew of explorers and extreme endurance athletes set-off from the Arctic Archipelago of Svalbard in September 2017, with the intention of heading North to the permanent ice sheet. After reaching a point further North than anyone has reached on water by human power before, the crew turned and headed South towards Iceland.

As the weather closed in the journey went from an expedition of discovery and record-breaking routes to survival where the crew were really put to the test. With high winds, huge, unpredictable seas and failing electrical power on board, the team battled through uncharted territory for weeks with no back-up, no safety net, no way out. The routine was relentless, the conditions appalling and the risks extreme.

Eventually, the crew made it to the tiny, little-known island of Jan Mayen around 300 miles North of Iceland in the middle of the Greenland Sea. A resident group of 18 Norwegian military personnel took the crew in and allowed them to rest and recuperate on land after the ordeal.

Deciding the priority was survival and returning to his family, Alex and the majority of the crew agreed to end their expedition on Jan Mayen, but the challenge was now to get off the isolated Island where civilians simply don't go.

Alex admits this expedition was everything and more he could have wished for. The extremes of beauty and terror were stark and he has no doubt that life was firmly put in perspective out there on the Icy Arctic water. Lessons in Leadership and survival came to the fore on the journey, the crew consisted of members from different backgrounds, motivations and beliefs. The expedition was deemed a success with more Guinness world records broken than any other ocean rowing expedition before, but could there have been a better way?

However, it was the Arctic that captivated his imagination and so with a fellow British Exploring Society Leader he was part of the first British team to ski across the remote Penny Ice Cap on Canada's Baffin Island, opening up a new route in the process.

Not just limited to the most extreme environments, Vijay has also spent over three years travelling across six continents which included stumbling into an event dubbed as the largest human gathering the world has ever seen.

Vijay's desire for exploration isn't just limited to this world. Captivated by human spaceflight he is a chartered aerospace engineer designing a novel space propulsion system for a single stage to orbit spaceplane and was a candidate on ‘BBC Astronauts:  Do You Have What It Takes?' aired in 2017. 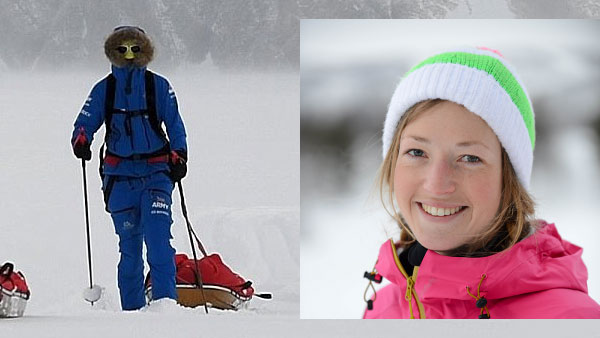 “Ice Maiden was an expedition in which a team of 6 women became the first all-female team to cross Antarctica by human-power alone, completing 1704km over 61-days in January 2018. Zanna Baker was one of the 6 women to take part in this Army expedition, which successfully became the first team to do this crossing with no prior Arctic experience and included the youngest person to ever do so.

Zanna is a Regional Advisor for the British Army. Prior to commissioning from the Royal Military Academy Sandhurst, she was a jack-of-all-trades, dabbling in art, geography, then specialising in music and languages (currently studying Somali, having previously learnt French and Arabic).

Not liking to sit still for long, she has travelled extensively, including longer periods spent in Nepal and the Middle East. Her life goal of walking to the South Pole was inspired at the age of 18 by a 2-month mountaineering and scientific expedition to South Georgia and the Falkland Islands with the British Exploring Society.  It was there that she realised what that she was physically capable of so much more than she had previously thought, with one of her leaders being the greatest influence on her.

She firmly believes that without the exposure to the outdoor environment given to her by British Exploring, that she would never have joined the Army and she would not be here today.”