Join Ellis Brigham and Henry’s Avalanche Talks as we present this year’s Ortovox Off-Piste Awareness Tour with a new focus on knowledge application.

This year’s off-piste awareness tour includes a series of talks in cities across the UK as well as avalanche transceiver training in outdoor locations. It’s the biggest ever schedule and spans five months between October 2018 and February 2019. The talks are led by Henry Schniewind, a leading expert on snow and mountain safety who has been helping to educate off-piste skiers and snowboarders for over thirty years.

There are two levels of talk available:

1. Essentials Talk – a must-see talk, full of essential information for all off-piste skiers and snowboarders no matter how experienced you are.
2. In-Depth talk – Understand exactly how avalanches are triggered (for those who have already seen the Essentials Talk at least once).

Founder of HAT, Henry Schniewind, said: “Once again we are out there spreading the word about staying safe and having fun out on the mountain. For this year, we have introduced a new strand that focuses on the human aspect and how we can prevent getting into dangerous situations by using the knowledge we have and not letting complacency take control. We also look at how, with the correct approach, skiing off-piste doesn’t have to be any more dangerous than driving our car on UK roads – some of the safest in the world”.

The advanced talks assume you have attended the Essentials Talk and are for expanding upon your existing knowledge. Various theories are discussed including avalanche triggers and helping skiers and snowboarders understand exactly why and where avalanches happen.

Tickets for the talks: from £15 per person
Transceiver Training: from £60 per person
Reserve your place at one of the talks below 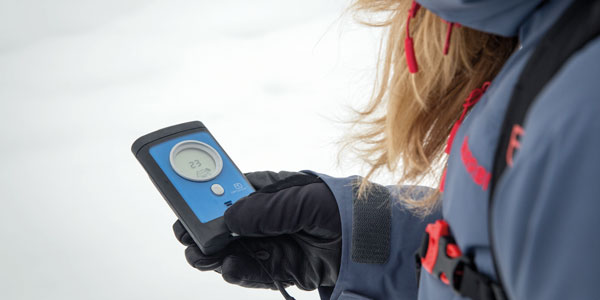 Beeper training sessions are an outdoor activity event where participants learn and practice the location of victims buried underneath the snow using the latest transceiver technology that's worn by anyone venturing off-piste in a European resort or backcountry in North America.

Each of these sessions is scheduled to run for 2.5 to 3 hours and is designed to ensure anyone attending can retrieve a buried transceiver within 5 minutes. The training introduces people to all aspects of off-piste safety equipment and preparation and in particular, how to use a transceiver.

The training includes the location of eight to ten buried victims in a circuit of pre-set avalanche accident sites, mimicking a real-life avalanche rescue situation.

Find out more on the Henry's Avalanche Talk page