An Evening With Levison Wood 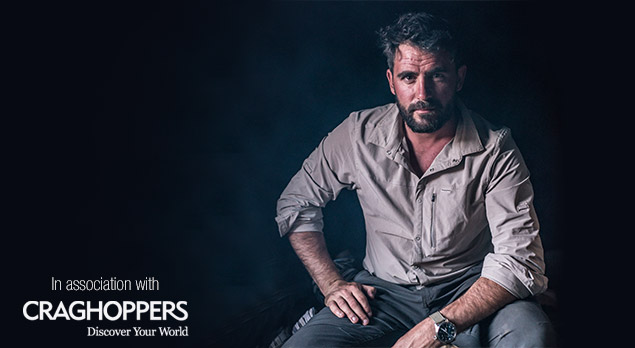 In association with Craghoppers, Ellis Brigham are delighted to welcome best selling author, explorer and photographer Levison Wood to our Covent Garden store for a talk and Q&A at 8pm on Wednesday 29th June.

Levison's adventures are vast and cover everything from mountain climbing in Iraq, horse riding the river Oxus on the Afghan-Tajik border and conducting scientific research in Central Africa for the Natural History Museum.

Levison is an ambassador for a number of charities including the Soldiers' Charity- the Army Benevolent Fund- and Tusk Trust. He is patron of the charity the AMECA trust and a keen supporter of the Duke of Edinburgh award.

Attracted to adventure on foreign soil since a young age, Levison has travelled and worked in over eighty countries worldwide. In 2011 he was made a Fellow of the Royal Geographical Society. His work in journalism has led him to enter the world of documentary making and he has collaborated on productions with National Geographic, Animal Planet, Channel 4 (Walking the Nile & Walking The Himalaya) and the BBC.

Levison has interviewed and photographed some of the most prominent names in the international community; from Hollywood actor George Clooney, to travel writer Paul Theroux, to His Holiness the Dalai Lama.

He is currently planning his next major expedition and will share an insight into what this might be, as well as drawing on some of his stories from his expeditions both on the Nile in the Himalayas and as a soldier.

£8 - All proceeds go to Lev's nominated charity the AMECA trust.