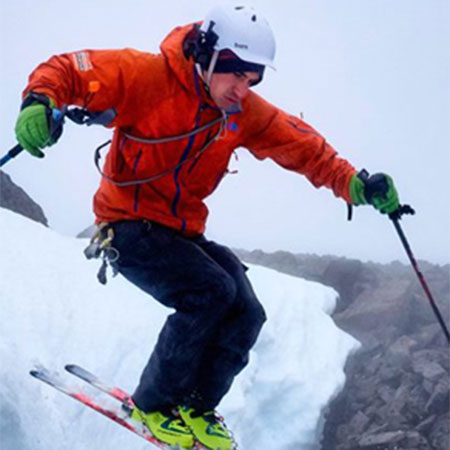 Blair is the founder of the 11k strong British Backcountry Facebook group and runs ski touring courses in Scotland and France; his main passion is introducing alpine skiers to ski touring.

Blair's adventures on skis started in the Scottish highlands where his family had a caravan next to Loch Morlich. He went on to became Scottish Alpine Champion and represented Great Britain at the World Student Games.

He moved on from ski racing to ski instruction and started the successful New Generation ski school in Val d'Isere. For a decade Blair built up the ski school and worked as a trainer for the British Association of Snowsport Instructors. During this time he became hooked on big mountain skiing and adventurous ski touring.

In 2015 Blair returned to Scotland with a different outlook on the Scottish mountains, seeking out new and challenging terrain, while also building a community of British skiers interested in adventures closer to home.

He is a brand ambassador for Atomic, part-time school teacher, and instructs for Off-Piste Performance in Chamonix, Freedom2Ski in Avoriaz and Lothian Ski Racing.